We created AECOM’s Reconnected City as a way for the company to make their vast proprietary datasets accessible and understandable for governments and policymakers tasked with creating sustainable cities around the world. Creating an interactive data visualisation on multi-touch tables, the activation gave audiences the ability to create virtual cities and witness, in real-time, the effect of their decisions on the wider environment. 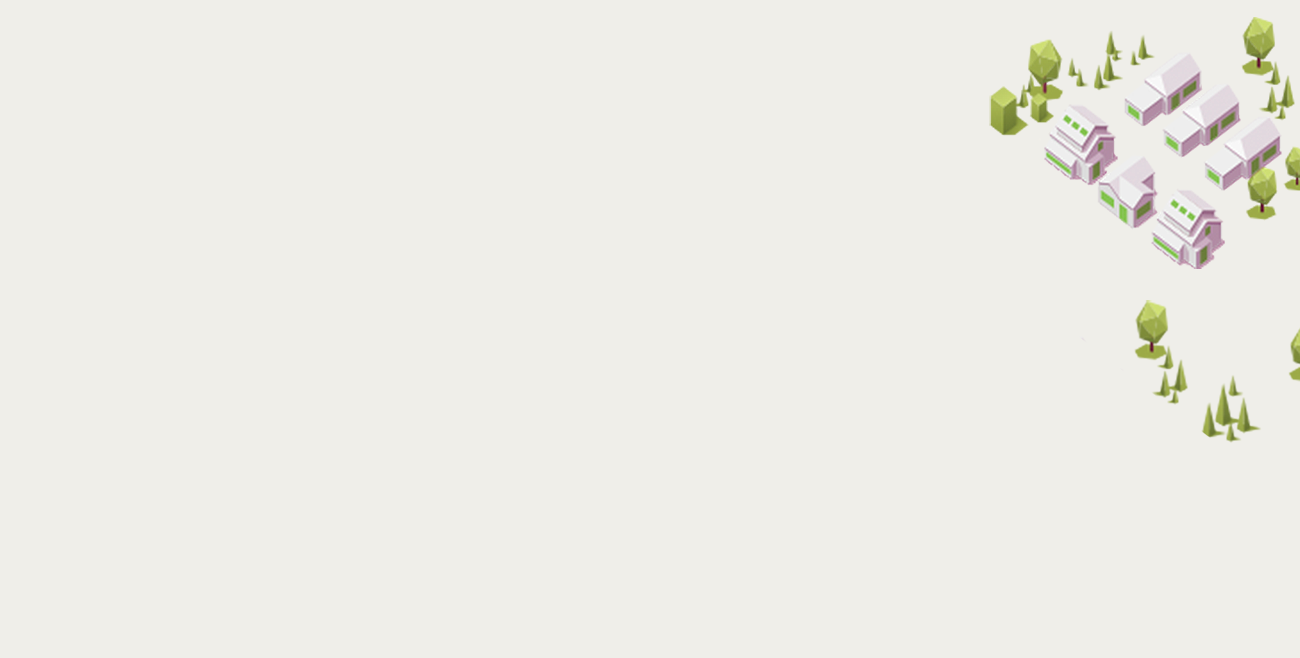 Part of AECOM’s remit is to work with governments and policymakers to create sustainable cities around the world. In this mission, they’re faced with a number of challenges. One of these challenges is how to utilise the vast amounts of data they’ve gathered to develop statistical insights that can assist stakeholders in decision making on key projects. 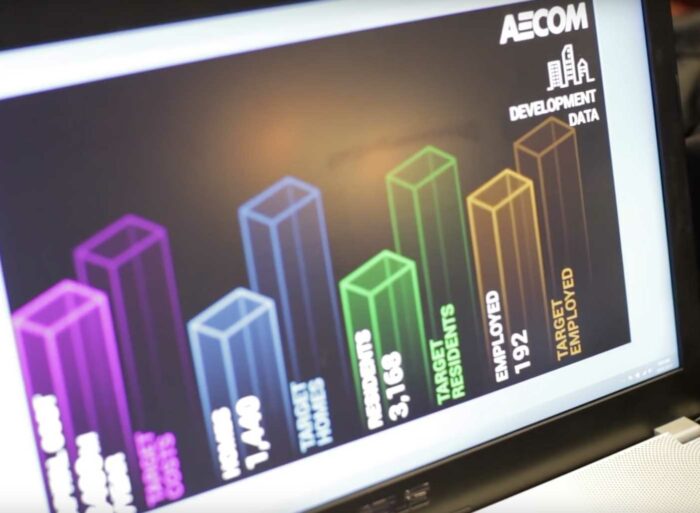 In light of this, we created AECOM Reconnected City, an interactive data visualisation tool aimed at using gamification and play-based learning to make their proprietary statistical models easier to understand for the vast array of stakeholders tasked with making city planning decisions. 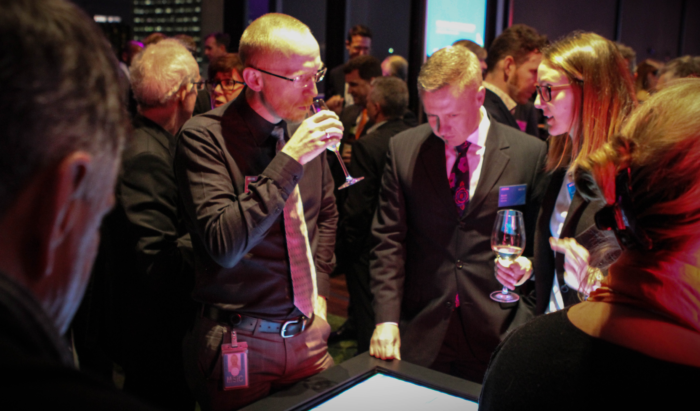 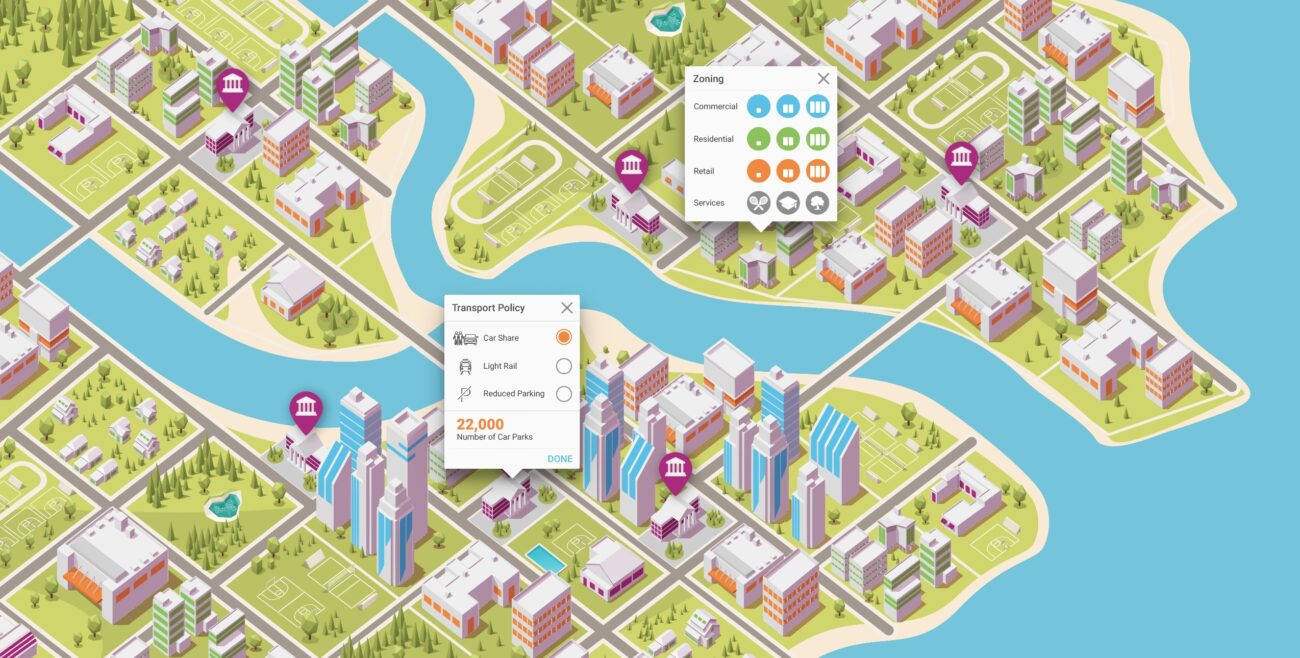 With this data readily accessible, and cities growing in minutes rather than years, the digital marketing activation allowed stakeholders to visualise, in real time, the effects of their decisions on urban environments and their communities. Meanwhile, the addition of a collaborative element – whereby users worked together to develop their cities – helped reflect the complexity of the city planning process.

Given that over 1,000 assets needed to be created and repeated throughout the interactive data visualisation, we adopted an uncomplicated, low-poly design style. Aligned with this flat aesthetic, we set an isometric perspective so that the varying heights and structural character of buildings could be clearly shown throughout the digital marketing installation. 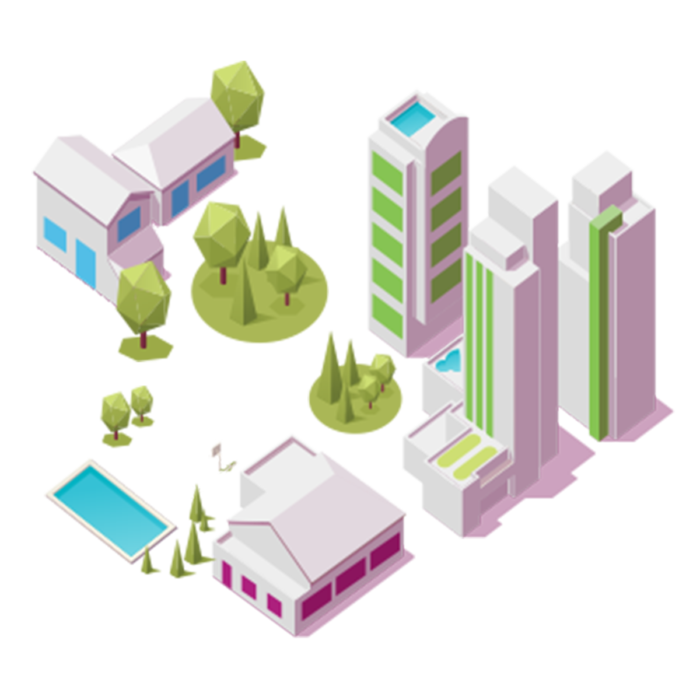 Adopting this kind of flat, simple art direction meant we could retain a sense of perspective while building the interactive data visualisation in 2D. This in turn resulted in small, light files that would respond easily and smoothly as audiences interacted with the experience in real time. Displaying such complex data in an engaging, easy-to-understand way helped AECOM Reconnected City effectively communicate key insights without the need for expert knowledge. 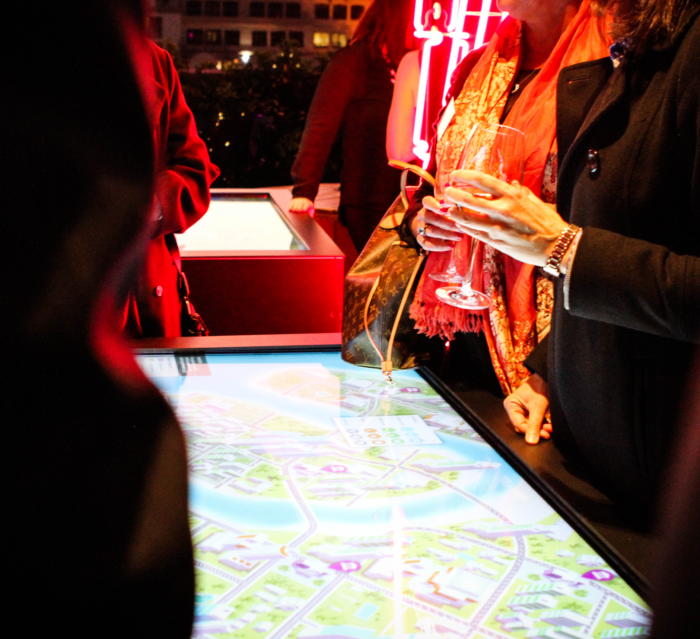 AECOM’s Reconnected City: A game based on real data
Read the blog

Run on multi-touch tables, AECOM Reconnected City used hands and fingers as its main source of interaction. This allowed us to ensure a smooth and intuitive user experience where audiences would feel comfortable to step up and interact without extensive instructions. With metrics and statistics built into the touch interface, users were able to witness the real-time effects of buildings, roads, parks, and other city developments as they constructed them.

With the option to increase collaboration by placing multi-touch tables next to each other, the digital marketing experience also demonstrated the difficulties involved in building a well-structured and connected urban environment. This increased complexity, and need for effective collaboration, helped underscore the importance of communication and cross-industry teamwork in creating sustainable cities around the world.

Ultimately, AECOM Reconnected City provided a truly memorable digital marketing experience for stakeholders, using data-driven interactivity to allow policy makers, government officials and members of the public the opportunity to better understand the potential of and challenges facing cities of the future.

As a result of its initial success at Vivid Ideas, the digital marketing installation has been reconfigured and repurposed for implementations nationally and internationally. The underlying interactive data visualisation technology has also proven suitable for a number of alternative applications. 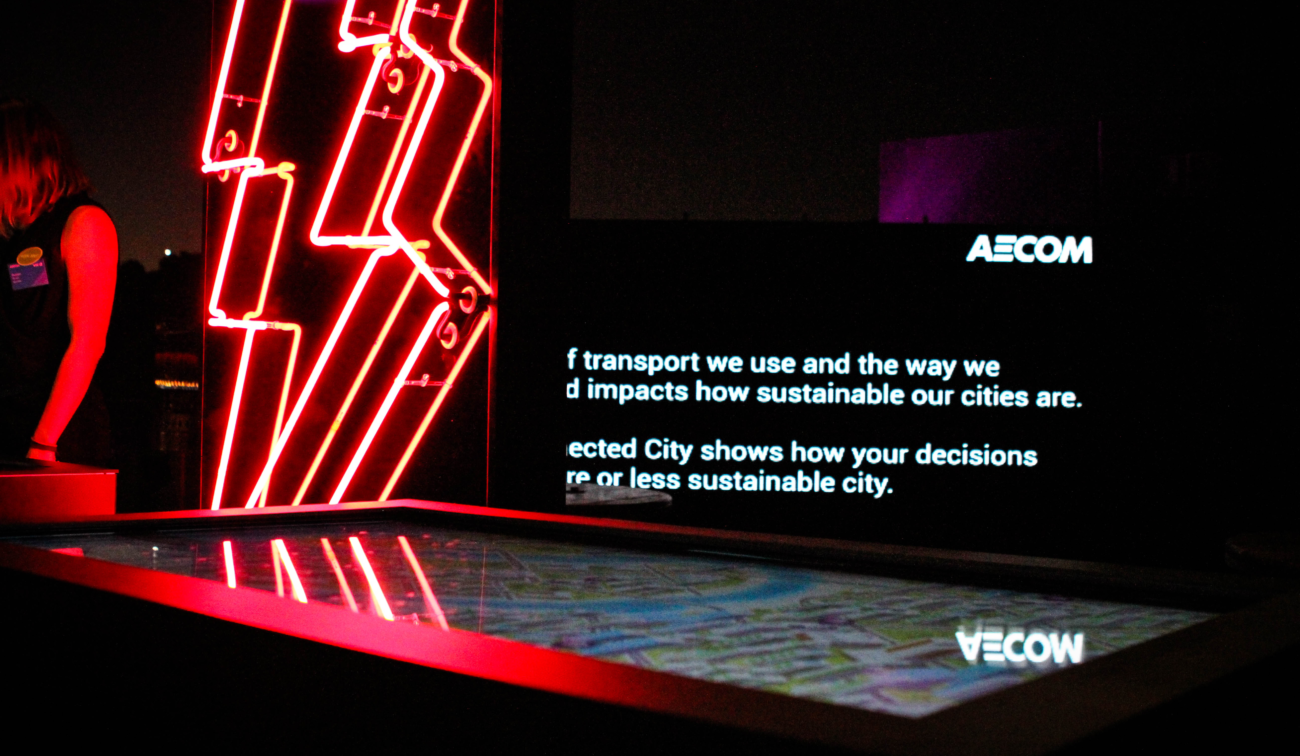