Lead designer Eve Burchfield takes us through the process that brought AECOM's Reconnected City to life for Vivid Sydney.

Reconnected City is a data-based game that I designed for AECOM's Vivid Ideas Event, Reconnecting Sydney. The game was created from real data from real cities, seven years worth acquired from AECOM’s SSIM model. The goal was to use it as a tool to visualise, predict, and plan the future of cities with a heavy emphasis on transportation. Event attendees primarily comprised of city architects, transportation planners, and government officials. 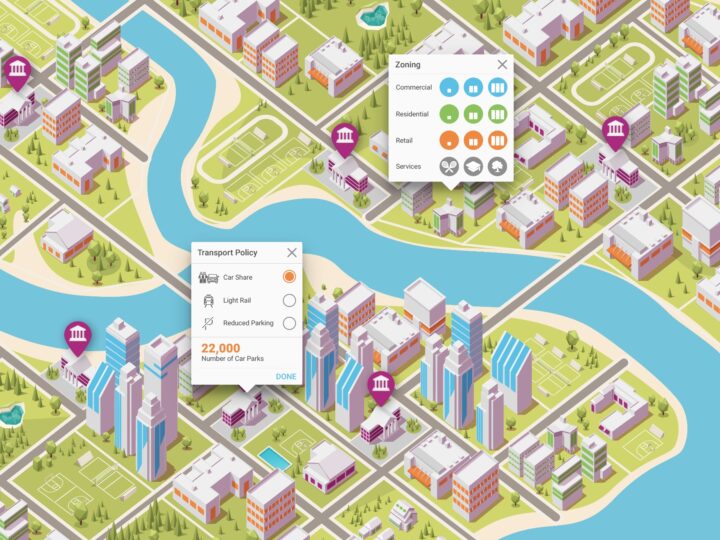 The backbone of the game was data sets relating to population, energy, water consumption, costs, and traffic. Live screens showed these metrics as people played the game. The underlying goal was to keep the city as sustainable as it could be by implementing policies.

It’s the first game I’ve ever designed, something new, given that my work usually brings me websites, newsletters, and illustrations. And I was given a lot of creative freedom to conceptualise this game.

Sim City was the first game that came to mind, but it was vastly different from the game we were trying to create. But it did become an inspiration for the mechanics and appearance.

Over 1000 assets were going to be created and repeated multiple times, and with a complicated design, it would be overbearing. So I made the decision to adopt a low-poly appearance for the city leaving it with a simple flat look. Perspective was set in isometric to show the varying heights of buildings and their structural character. The game was built in 2D to keep the files smaller and lighter. 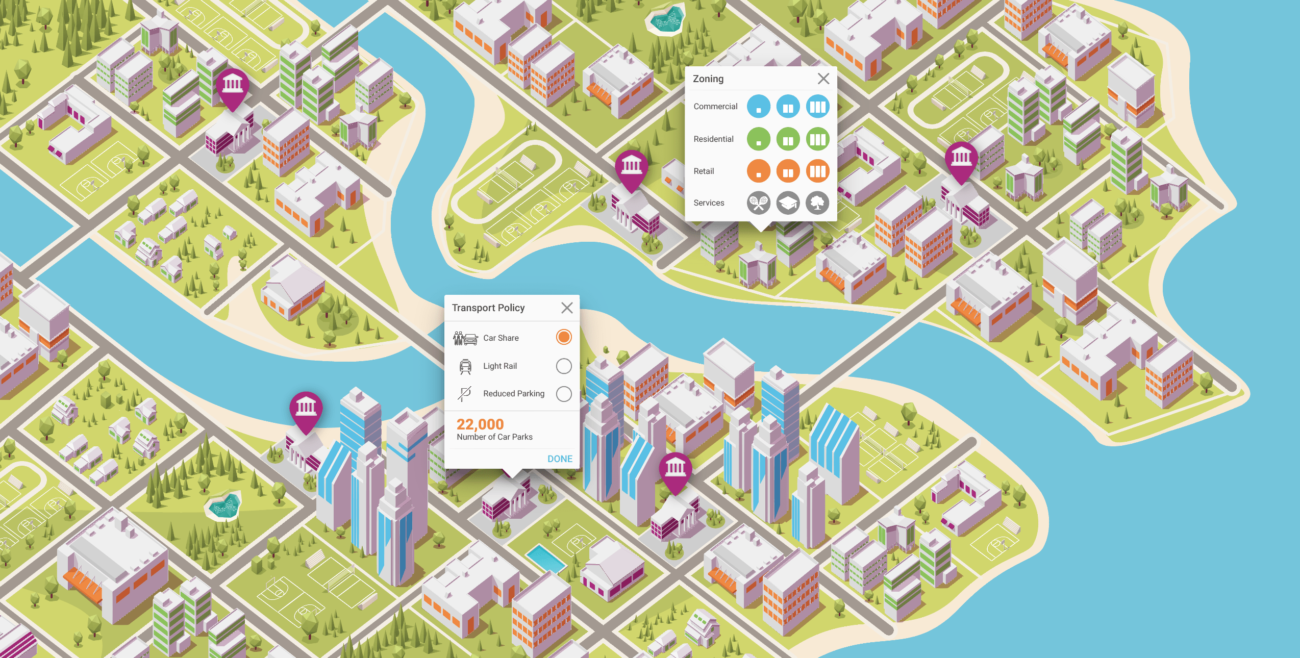 The biggest UX consideration was knowing that the game was going to be designed for a touch screen. Also knowing in hindsight that no single person would be using it at one time. Each screen would have 6 neighbourhoods, and a person would take on a neighbourhood each.

Reconnected City is one of the best projects that I’ve worked on, it gave me a lot of room to express my creativity. Even better, it proved to be quite the success at the Vivid Ideas event, and it’s now being reconfigured and repurposed for further consumer stakeholder relations.