Price of Conflict, Prospect of Peace is an immersive documentary series created to take world leaders into the heart of conflict-affected communities across the East Asia Pacific. A world-first in virtual reality documentary, the live action 360° video production transported audiences into the heart of the Asia-Pacific region to experience firsthand the past, present, and future price of conflict. Immersing key decision makers in the stories of those most affected by conflict, the film was used by the World Bank to raise much needed awareness and funds in support of ending conflict in the region.

The East Asia Pacific is a diverse region that has faced numerous internal conflicts in recent decades. These conflicts have not only caused physical harm to civilians, but disrupted their lives and businesses, stalled community development and plunged entire families into poverty. 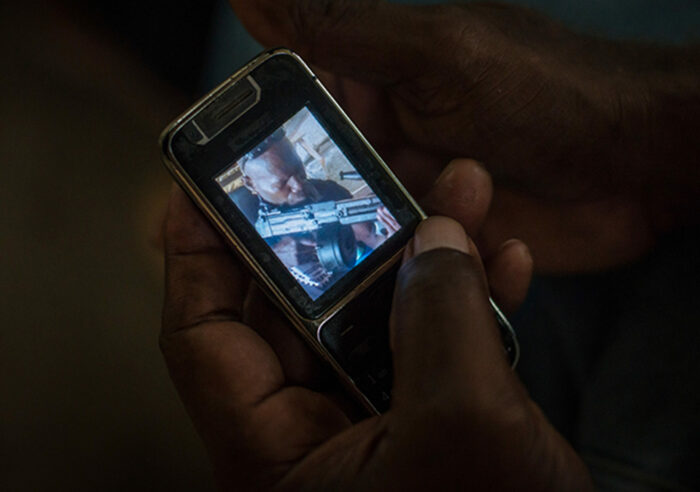 In an effort to contribute to effective policy advocacy and raise awareness for conflict-related issues in the area, we partnered with the World Bank to produce a series of 360° films. The series would present engaging, interactive virtual reality experiences that ask the question: What does it take to move closer to peace? 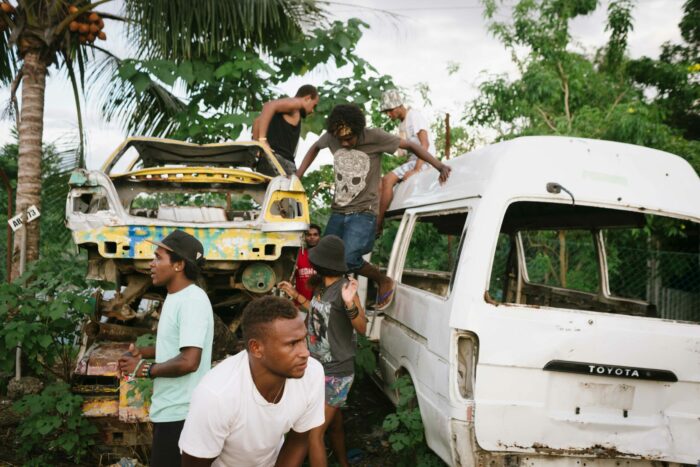 To create this series, we travelled across the East Asia Pacific, from the Solomon Islands to nearby Bougainville (Papua New Guinea), Myanmar, and finally Mindanao in the Philippines. In each virtual reality documentary, the goal was to put viewers in the shoes of those featured, so that they could experience the world and lives of people in developing nations. By relating to these communities on an intimate, human level, we hoped to inspire individuals, governments and organisations to establish a vision towards building lasting peace. 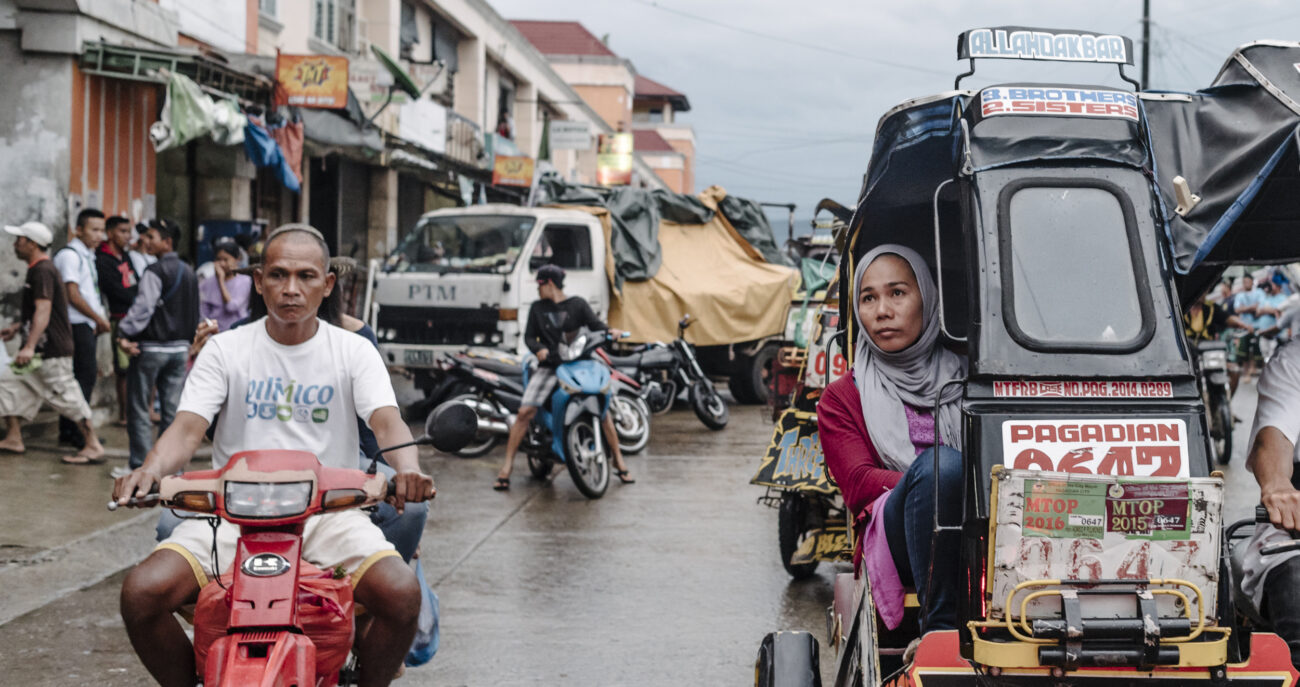 The stories we were tasked to tell were not easy. We entered landscapes scarred by conflict, where the generational effects of conflict had lingered for decades. But within those landscapes, we also found hope in the people humbly working towards peace.

These people and their stories were not only our content but our motivation. For us, these stories didn’t just need to be told; they needed to be experienced. They would be a testament not only to their suffering, but to their ongoing survival.

The story of this project began with a brief that boiled down to “I hate VR, but my boss wants me to use it”. But despite our client’s initial hesitance, this project was a perfect example of the underutilised power of immersive storytelling. In the context of the project, people and place were inseparable. Understanding both was paramount to appreciating the plight of communities across the region. And immersive storytelling is perfect for that.

We’ve always believed that the key to telling stories through technology is to understand the affordances of the medium. With virtual reality only just becoming accessible, there was an important opportunity. This wasn’t about telling a tale of places and moments. It was about giving audiences the space to sit amongst it and discover the stories for themselves. 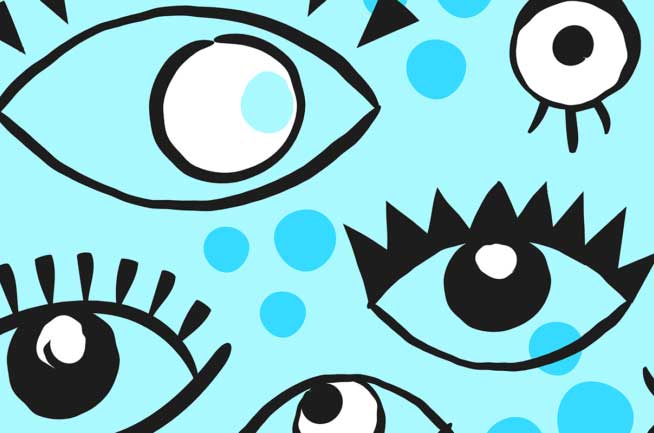 Time and place are crucial to these stories, and virtual reality allowed us to harness them. We were able to tap into the human desire to be within the story. Immersed in the virtual reality world, audiences can explore the 360° environment and come face to face with the people who call it home. They can sit with the story, speak it in, and develop authentic empathy for the stories being told. 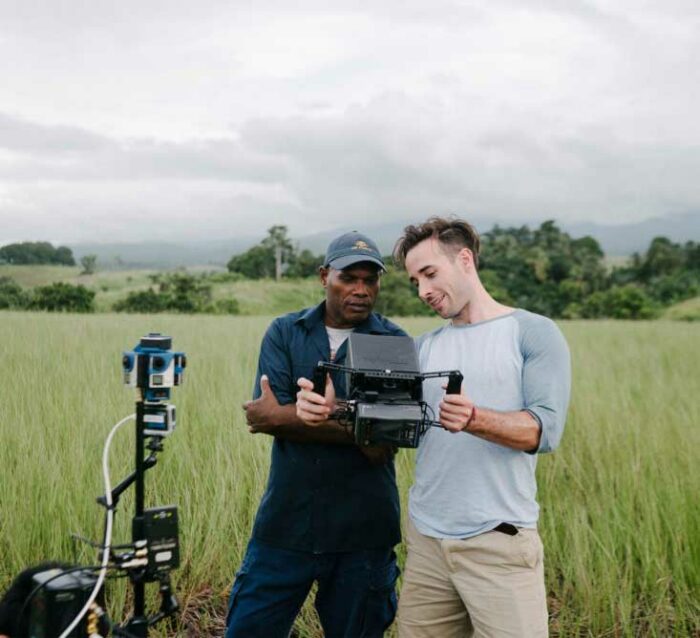 In order to capture the intimate experiences of real people living in the aftermath of conflict across the Asia-Pacific, we adopted an intensive live-action filming process. This process saw us spend weeks in each region documenting the culture, community, and personal stories of conflict. With the help of World Bank representatives, we were introduced to many interesting characters including ex-militants and other locals that were victims of the civil war.

This type of documentary filmmaking is a challenge at the best of times. And it becomes even harder with virtual reality. In this case, we were limited not only by the remote locations we were filming in, but also by the type of equipment available in an emerging medium like virtual reality. 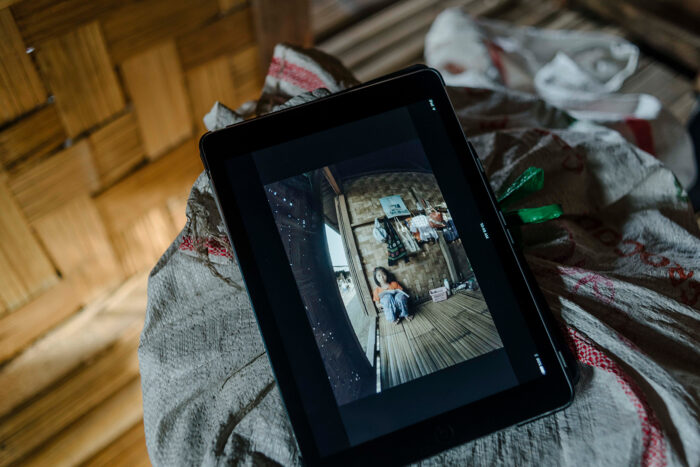 With these considerations in mind, we would need a portable kit that would accommodate the need for multiple cameras and the limited access to power in remote locations. We ended up with a rugged, custom-built 7-camera GoPro rig and audio recording system. With the addition of portable battery packs and back up devices, this kit would allow us to capture immersive environments as they occurred.

While this set up gave us a good balance of portability, durability and quality, there were still a number of drawbacks. For example, our cameras had a notoriously short battery life, requiring careful consideration of our approach to each shot. They were also particularly sensitive to light – both too much and too little – which dramatically restricted the environment and time of day in which we could shoot. 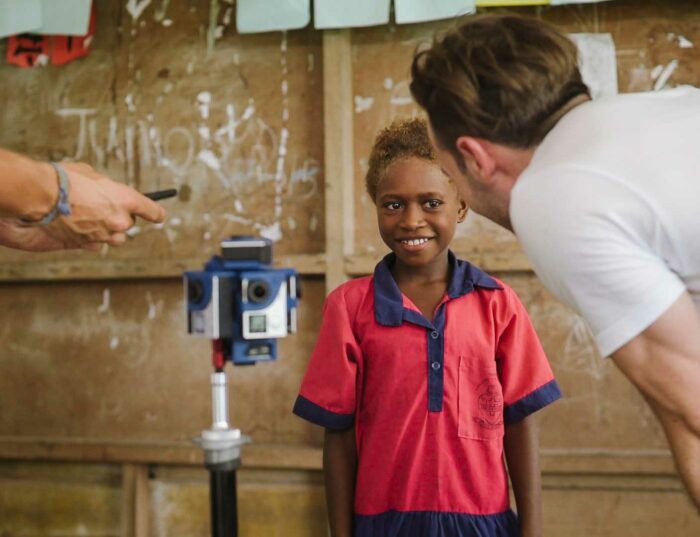 Filming in 360° presents a unique challenge – and opportunity – when it comes to creating a documentary experience. Capturing every angle of the environment, and making it accessible to the audience, forced us to remove ourselves from the film more completely than in any other creative endeavour. Not only could we not be in the shot, we couldn’t even be near the camera.

Limited directorial presence in such an expansive landscape is a powerful thing. In each of the films, the viewer eventually finds themselves face to face with a character in an otherwise empty landscape. There is a deliberate awkwardness to the space we afford these interactions. It creates a human connection between story and audience. The result is a powerful sense of intimacy and empathy as viewers discover the very human impact of conflict.

Telling a story in 360° virtual reality presents an interesting challenge. On the one hand, being surrounded on all sides transports audiences to another place like no other medium. On the other, the viewer has the freedom to look wherever they want. Understanding the importance of agency to creating a personal experience, we made sure to give viewers time to look around, take in their surroundings, before drawing them to where the story is unfolding.

Whether it’s drawing viewers to the area where the action is taking place or encouraging them to explore the full 360° experience, working with virtual reality involves careful scripting of how audiences interact. Given the viewer’s increased agency, we often use audio and sound cues to accomplish this in a way that feels natural.

For example, having someone speak out of frame will help draw viewers through the scene as they try to find who’s speaking. At the other end of the spectrum, using voice over rather than dialogue gives viewers the license to explore the 360° scene in their own time without losing control of the message being conveyed.

Within the areas of aid, development and humanitarian response, organisations are fairly skilled at bridging the gap between what happens on the ground – the communities, conflicts or disasters they work in – and your average person living in a developed country. Yet in an incredibly crowded market, thousands of organisations are competing for their share of air time on countless issues and causes. 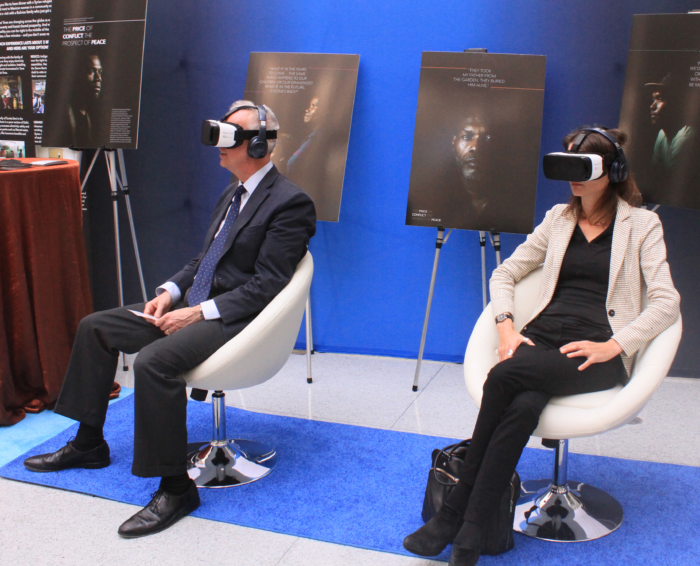 Virtual reality and immersive 360° storytelling provides a way to cut out the noise. These technologies have the power to put consumers closer to reality on the ground in some of the world’s toughest and most extraordinary places than they’re ever likely to have the opportunity to do. Films like The Price of Conflict, the Prospect of Peace help people to connect with that experience in a new profound way.

Released at World Bank events around the world, The Price of Conflict, The Prospect of Peace has helped to raise much needed interest and funds in support of ending conflict across the East Asia Pacific region. The series has also garnered significant media coverage, and been featured on a range of virtual reality services including Create NSW’s leading 360 Vision.

We also had the privilege of returning with the finished films to the communities in which they were filmed. This was a hugely important part of the project, as it allowed the people we’d worked with to see their stories as global audiences would see them. They were also able to see, first hand, their impact on not just their communities, but the world beyond them.