1 in 3 children in most parts of the Pacific Islands are afflicted with stunting, however many are unfamiliar with its impact. Working with UNICEF, we created Draw the Line as a new kind of public service announcement – one with the power to engage people on an emotional level to affect change. Designed as part of an integrated regional advocacy campaign, the short film focuses on the bonds of family and connection to raise awareness about chronic malnutrition – and how it can be prevented – among communities across the Pacific.

Based on current research, 1 in 3 children in most parts of the Pacific Islands are affected by stunting. Often caused by poor dietary intake, food security and hygiene, the condition can lead to lifelong health problems. Yet, despite its staggering statistics and far-reaching impact, there is relatively little awareness about the issue across the region. 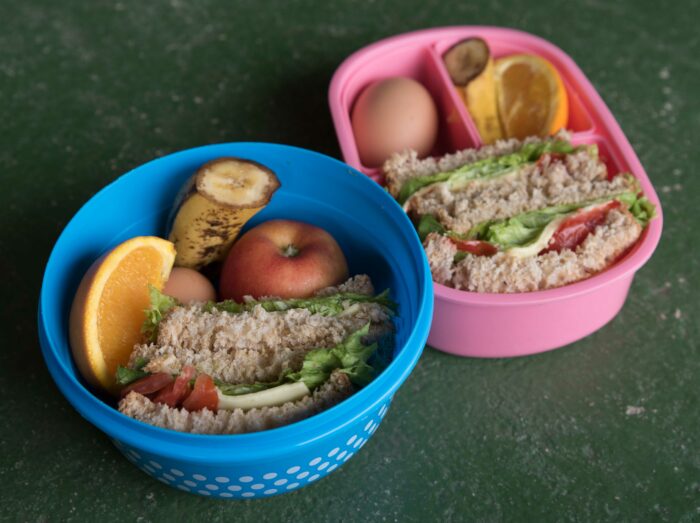 To tackle this, we teamed up with UNICEF, Pacific Island Food Revolution and Pita Taufatofua to create a multimedia advocacy campaign focused on the prevention of stunting. Taking into account leading evidence and information from UNICEF, the campaign used the power of storytelling to not only raise awareness about stunting, but also inspire action to improve the health and hygiene of children across the Pacific during the first thousand days. 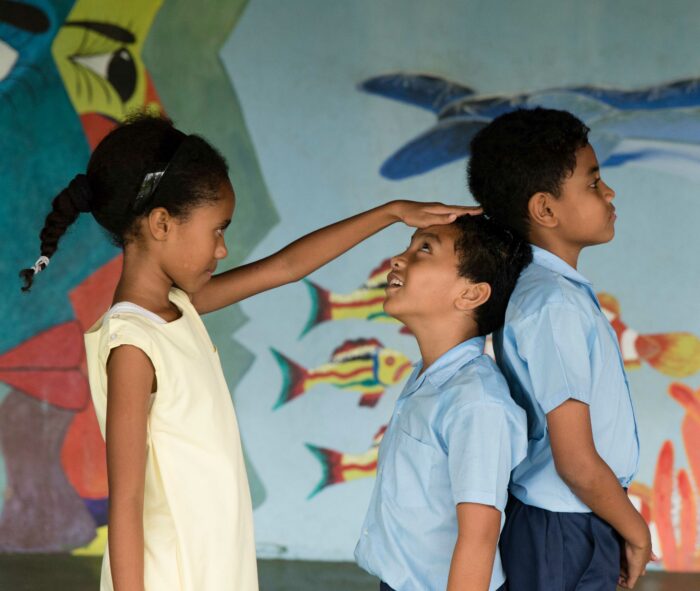 All the materials we produced – two videos, photography and a radio advertisement – were based on strong evidence from UNICEF’s Reproductive Maternal, Newborn, Child and Adolescent Health (RMNCAH) project as well as Water, Sanitation and Hygiene programme. However, instead of communicating a string of facts, our goal was to transform this highly complex, informational material into an engaging narrative that would captivate and educate audiences.

At the heart of our advocacy campaign was a 90-second public service announcement (PSA). Designed for broadcast on television, radio and in cinemas across Kiribati, Solomon Islands, Vanuatu and Fiji, this was conceptualised not as a traditional PSA, but as a short film with the power to resonate more deeply with audiences. Translating facts and figures into a universal story of mother and child, the film aimed to not only educate but inspire action from caregivers and the wider community.

Instead of focusing on how emerging technology could be used, we were more interested in how we could tell the story of stunting through silence and visuals to reach across the Pacific.

What if the next 1,000 days of our life would decide the rest of your life? Focusing on the universal relationship between a mother and their child, our goal in UNICEF Draw the Line was to highlight the connection between a child’s nutrition and hygiene in their first 1,000 days and its lasting impact on the rest of their life.

Following a single day in the lives of three children, the storyboard juxtaposed the innocence of childhood with the harsh reality of stunting and chronic malnutrition. Relying on the universal emotions of being a parent, UNICEF Draw the Line shared the story of stunning in a way that resonated with audiences by revealing that a parent’s choice plays an even larger role in their children’s wellbeing than they might realise.

Any director will tell you that working with children in a fictional world and in front of a camera can be difficult. We were fortunate to find our three main characters for UNICEF Draw the Line by visiting local primary schools and talking about the importance of our advocacy campaign with teachers and students. At the end of that process, two of our three stars had never acted before. 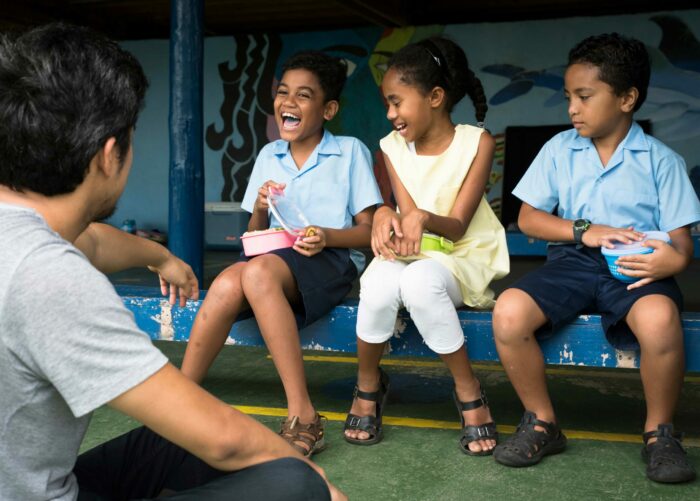 Given the linguistic diversity of the Pacific, we knew we wanted to tell a story not through words but through emotions.

Knowing that the children had limited acting experience, our focus was on portraying them in as real a context as possible. This is why our main scenes revolved around their ‘everyday’ lives. The main challenge, then, was to turn the ordinary into a compelling story. In this case, that meant we needed to create an intimate relationship between our characters and the audience. Practically, we did this by first getting to know the children, and then getting them to trust the camera as if it was another friend. 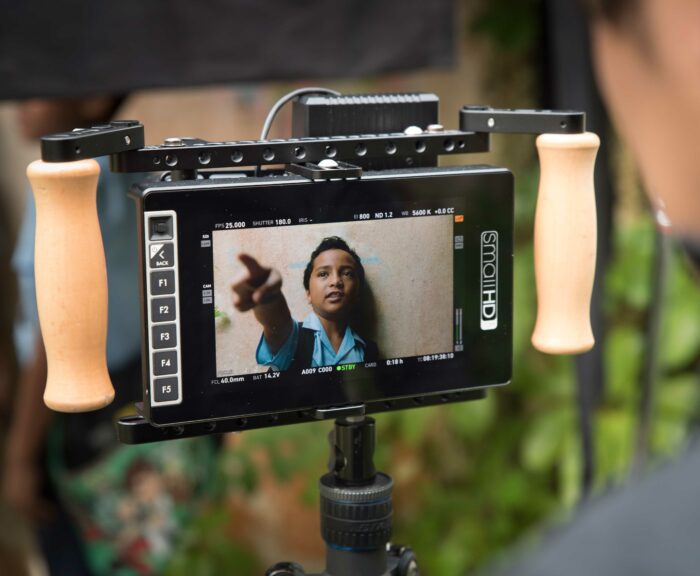 The problem affecting ⅓ children that nobody knows
Read the blog

UNICEF Draw the Line was filmed on the ground in Fiji over just 10 days – that included casting, location scouting, writing and filming. Working in such fast-moving, remote, and often rainy conditions required a small, flexible team experienced in dealing with challenging circumstances.

While this timeline may seem short, it allowed us to fully immerse ourselves within the context we were aiming to capture – something we’ve found to be especially important when working in the Pacific. The result was a story that felt more meaningful and authentic to the communities it aims to engage.

The style of our cinematography in UNICEF Draw the Line – and photography across the wider advocacy campaign – aimed at depicting the Pacific in its rawest form. This meant minimal set design and a lot of good faith placed in us by villagers and chiefs. Often, the camera was positioned from an almost voyeuristic point of view to give the impression that life was simply unfolding as normal. To accentuate the idea of watching, we also strategically filmed from vantage points where objects in the foreground would be out of focus. 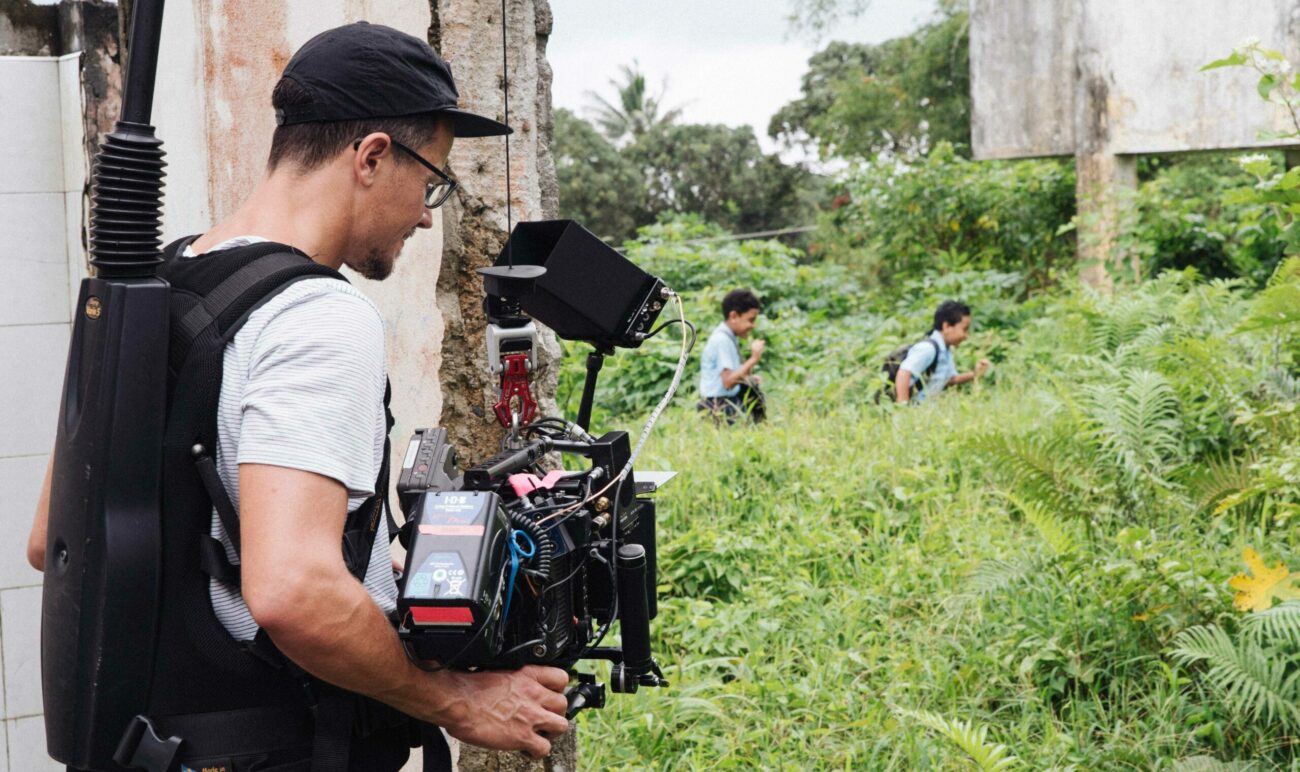 The underlying music and audio composition of UNICEF Draw the Line played a crucial role in the emotive power of the film. Throughout the project, our goal was to use audio and sound as a symbolic tool, helping to emphasise the key themes of the advocacy campaign and help audiences draw connections between events and their impact. Here, both music and silence would work together to amplify not only the characters’ emotions but also the viewer’s emotional response. 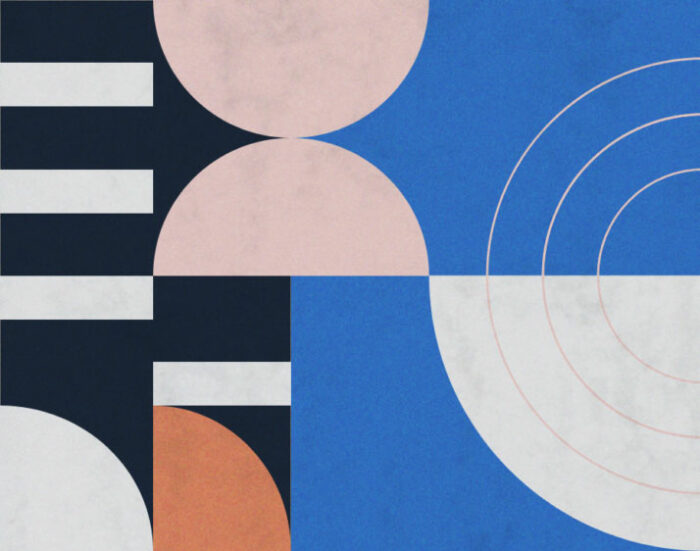 Working with composer Lincoln Sounds, creating the audio for this project was a collaborative effort involving lots of teamwork and iteration. Throughout this process, we focused on using both sound and silence to emphasise dialogue and intensify emotions. Fragile, warm and nostalgic, the final composition for UNICEF Draw the Line provides the perfect complement to the film, balancing the vulnerability against a sense of foreboding and distant hope. 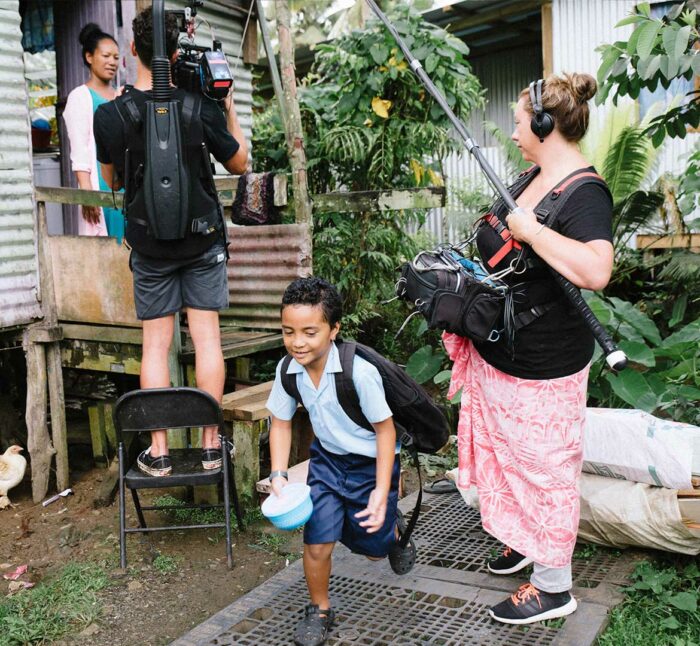 In addition to our short film, the UNICEF Draw the Line campaign also included a second PSA that revolved around the facts. In Part One, we left viewers with a question: what now? Aware that this PSA would be most audiences’ first impression of stunting, we strategically seeded Part Two as an answer to this question. Delivered as a talking head from our two celebrity partners – Chef Robert Oliver and Pita Taufatofua – this part of the advocacy campaign lent credibility to our overall message while giving our audience practical ways they could begin to address the issue of stunting.

From the very beginning, we knew that distribution would be key to the success of the advocacy campaign. For that reason, we embarked on a collaboration with Pita Taufatofua and Chef Robert Oliver early on. This partnership allowed us to embed our PSAs into select episodes of their Pacific Islands Food Revolution (PIFR) television show, amplifying our outreach and impact through their existing audiences across Kiribati, Solomon Islands, Vanuatu and Fiji.

Adopting this integrated approach also allowed us to situate our campaign within an edutainment context. Instead of being considered as stand-alone educational content, our advocacy campaign became complementary to the PIFR experience. The result was a kind of ‘product placement’ for stunting awareness which, when combined with our reliance on storytelling as an engagement mechanism, resulted in a more compelling form of public outreach. 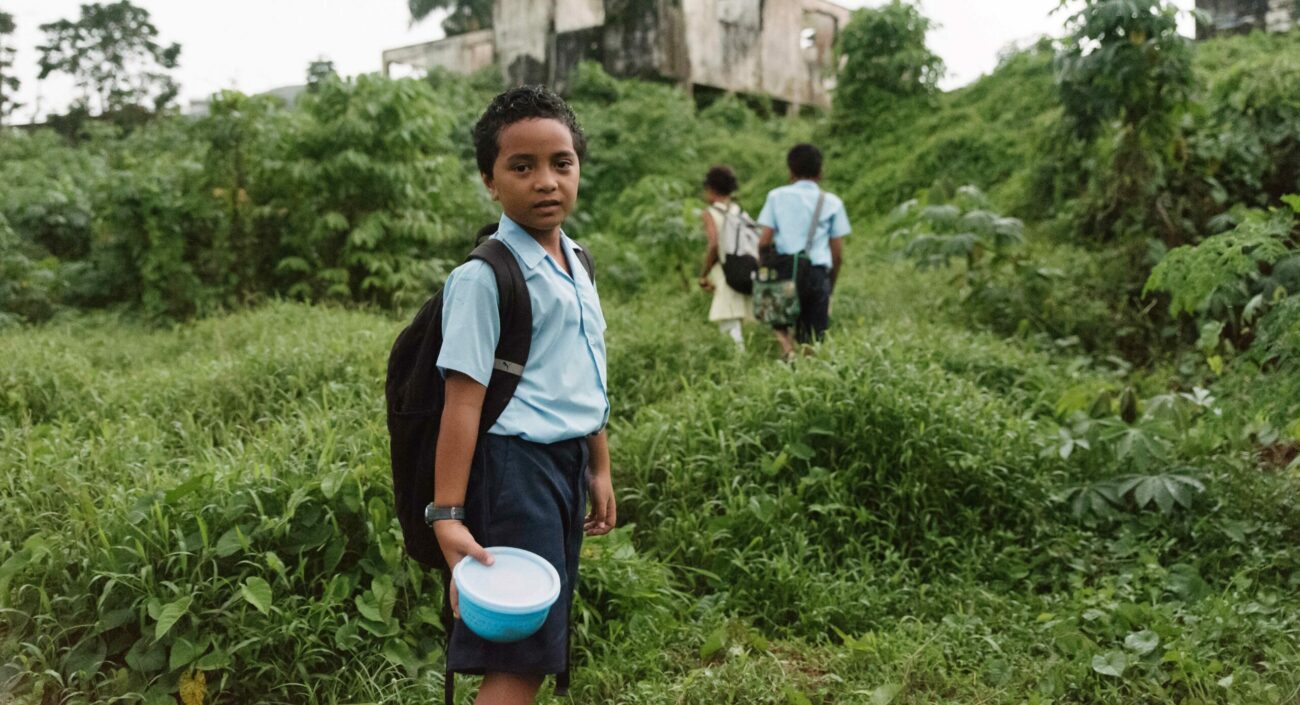