A couple months ago we were asked to work on a World Bank project in collaboration with the Fijian Government that tackled climate change. Having recently discovered my own personal passion for the topic, and with the United Nations’ 23rd annual session of the Conference of the Parties (COP 23) coming up, it was the perfect time to highlight climate vulnerability using a uniquely inspiring technology and a film titled ‘Our Home, Our People’. 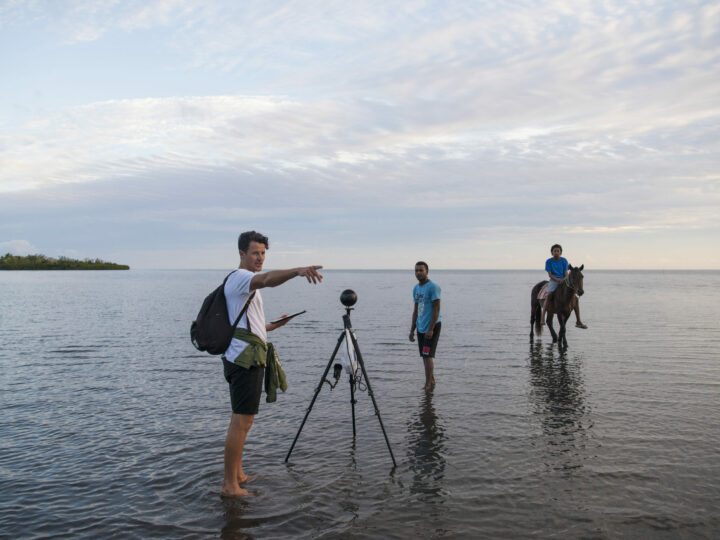 Our Home, Our People

360° virtual reality reveals the impact of climate change for COP23.

Our brief was to create a 360° virtual reality (VR) experience that would be a key part of a global push for stronger action. Considering Fiji’s Presidency of COP23, we wanted to feature the personal stories of the country, including those about last year’s devastating Category Five Tropical Cyclone Winston, and use these to inspire change. But we wanted to feature these stories in a manner that was respectful to Fijian culture. This wasn’t a video about the plight of a nation, but rather a narrative about resilience when faced with the adversity posed by climate change. 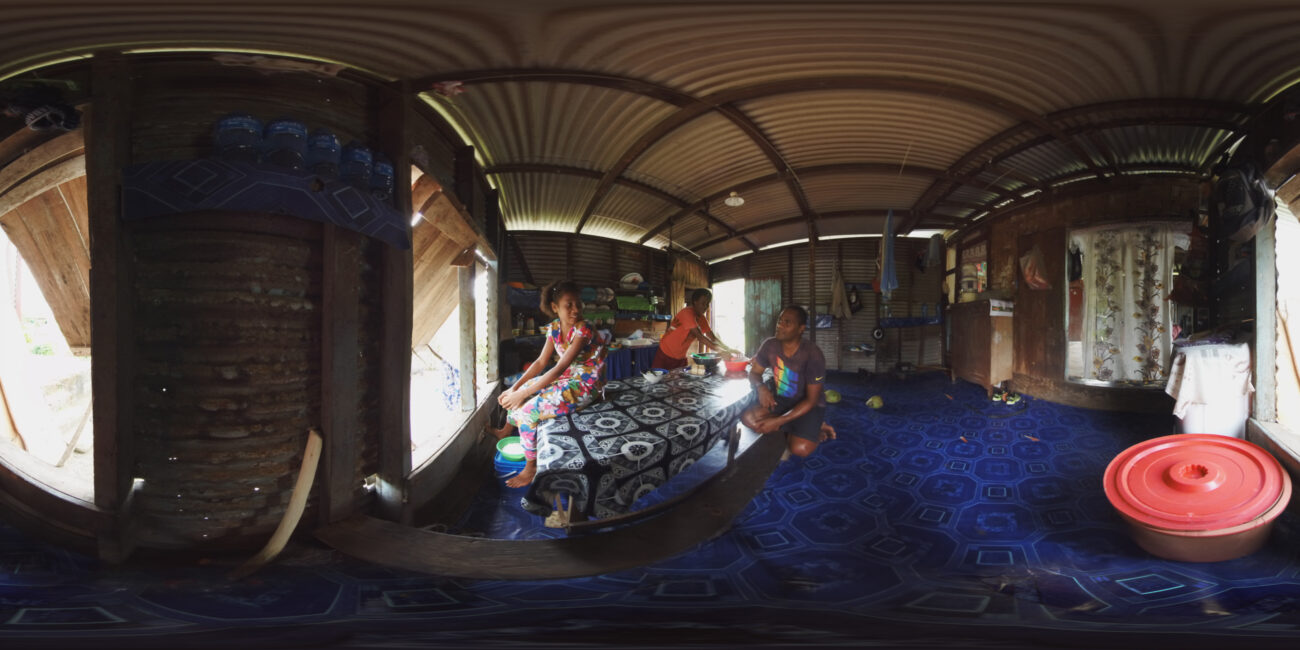 In the film: 360° view of our main character, Catalina, and her family inside their home in Vunisavisavi, Vanua Levu.

Our home, our people

If climate change is a global issue, then I knew we would need to to depict it through a vehicle that would resonate with every viewer. The problem is, sometimes the world can be too vast or overwhelming for us to even consider things beyond our immediate vicinity. But when we view these problems through the lens of micro rather than macro, we can observe the effects and impacts it has on our nation, our community, and our family in more familiar forms. Fiji, like the rest of the Pacific, has done minimal to cause climate change globally, but they are one of the key countries that will experience its impacts most. It is for this reason that, while our goal was to shed light on climate change, we wanted to do this by crafting a story about home – and what home means to all of us.

Behind the scenes: A collection of shots from pre-production in Vunisavisavi, Fiji.

In the western world, ‘home’ is a special place beyond simply where we live. It is a warm bed with your favourite pillow. The snug chair you seek solace in when things get tough. Your place of comfort and peace, and so much more. It is one of the highest aspirations of the American dream, and the Australian dream, and for most people a source of security. In Fiji however, home goes by a different word: vanua. The word vanua is understood across a number of languages and as a concept encompasses a variety of interrelated meanings such as the land one is identified with, or one’s traditions, customs, beliefs and values. Vanua in this sense is associated with belonging and ownership of an area, because in the Pacific your land and your home are the same thing.

*EDIT* The original film was called Noqu Vanua but was later named to ‘Our Home, Our People’ – the literal meaning in English. 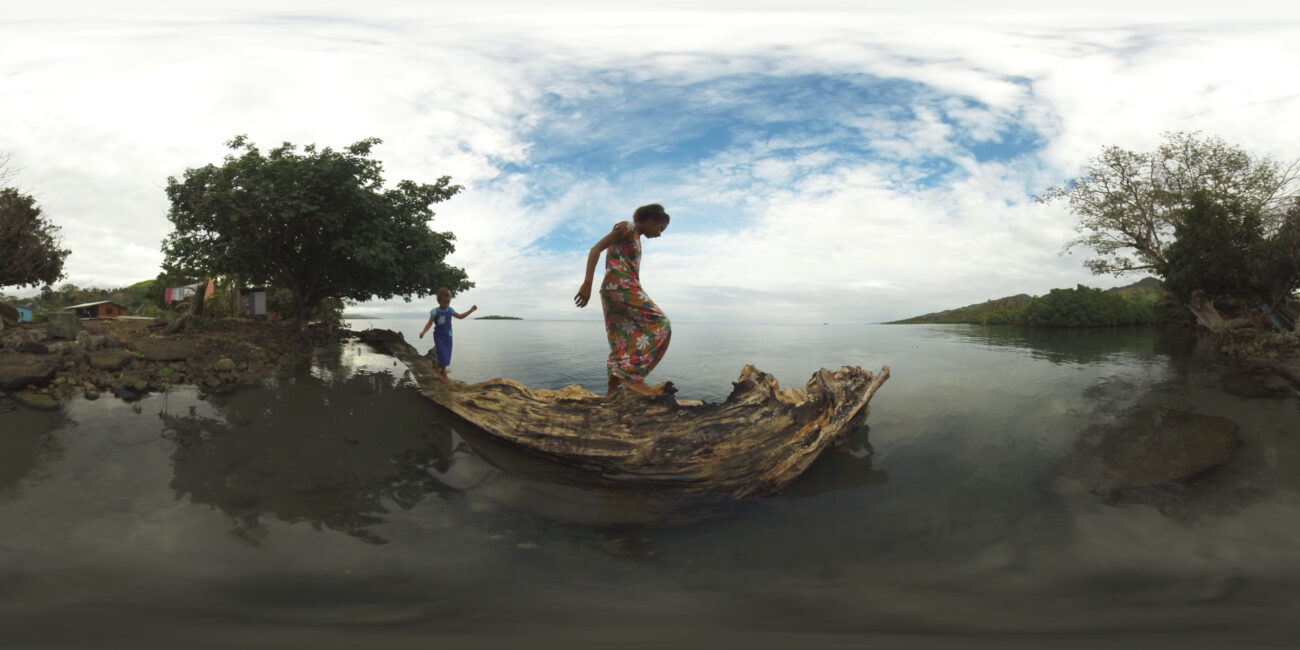 In the film: 360° view as Catalina and her cousin explore their home.

Being dropped in remote villages and different islands of Fiji is a beautiful thing. We get to experience a different culture and way of life that is unfamiliar but wonderfully refreshingly.

As documentary filmmakers, it was important for us to first get to know our characters as people and friends, before retelling their stories. I use the word retelling because in a way the stories are not ours, but rather our interpretation of their story that we have been entrusted to share. There is a huge responsibility in this, and this duty manifested itself in the way we recorded and captured our content. As frustrating as it was waiting for cinema gold, we tried to remain pure in our methods of documentation, capturing life as it happened. 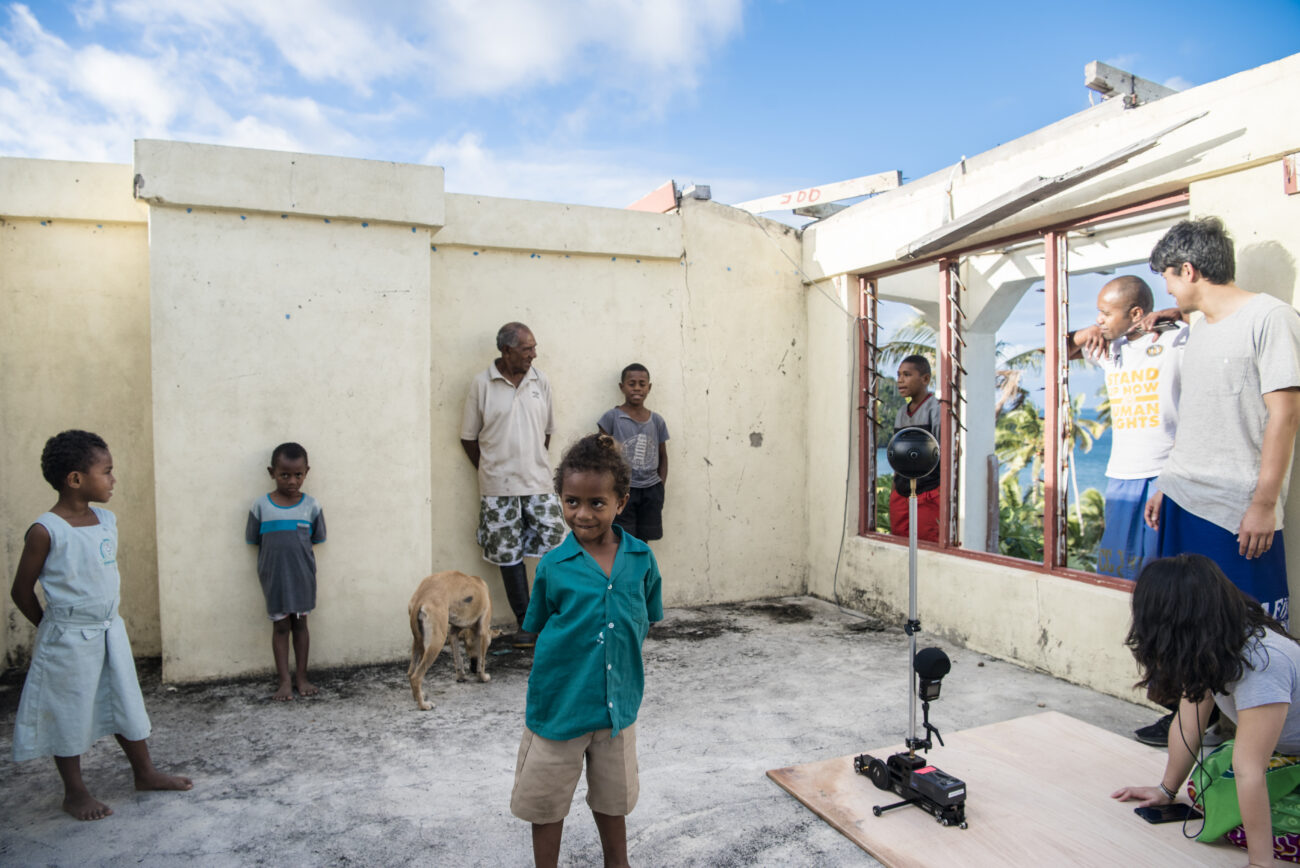 Behind the scenes: One of the film’s characters, Rupeni, and children from Namarai village prepare for a scene with the 360° VR camera.

I quickly learnt two words that would become my go-to directorial vocabulary throughout the trip –  gito (play) and talanoa (tell a story). These words, particularly the latter, of course have much deeper meanings. Talanoa means as much to tell a story, as it does to have a conversation, share stories and more. A very useful word when you put a camera down and want everyone to remain normal. 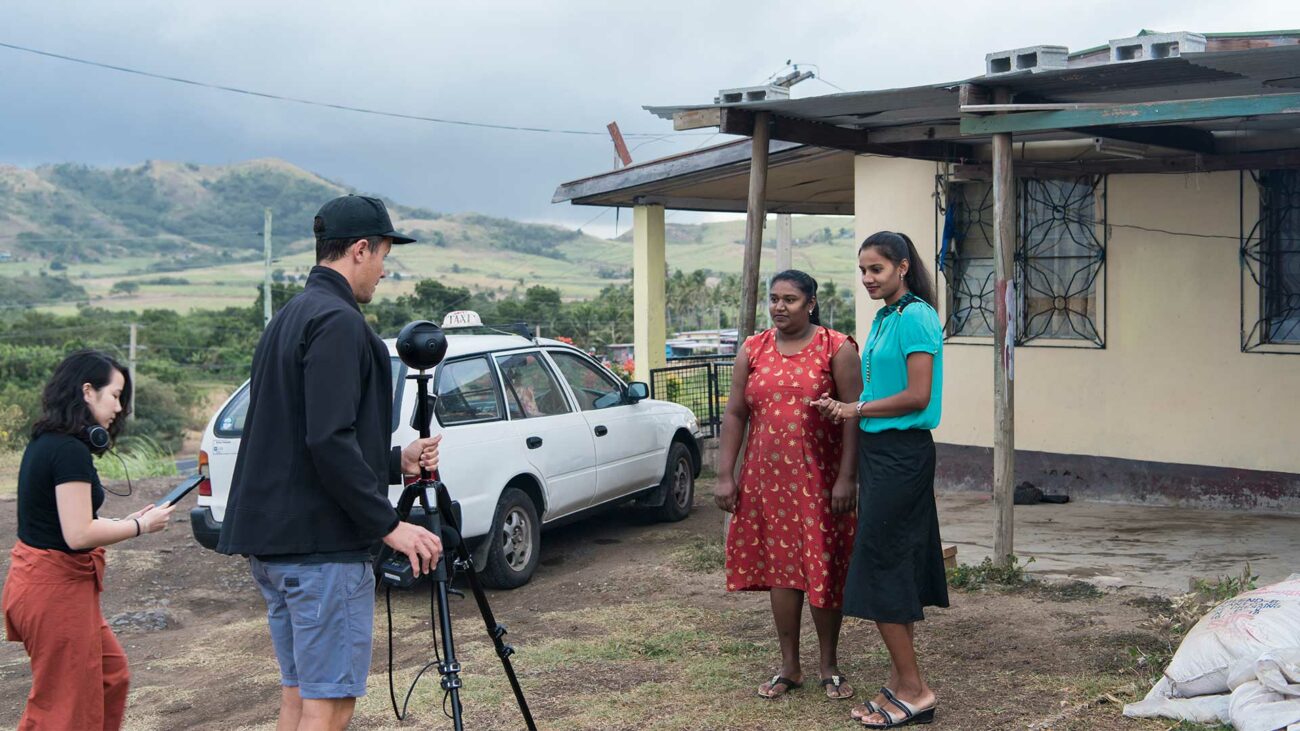 Behind the scenes: Director of Photography Josh sets the 360° camera up for a scene with Asmita and her sister in RakiRaki, Ra Province.

In the final Our Home, Our People film , you will see a series of points-of-view being narrated, starting from our main character’s personal recount of her life, to the stories documented of other supporting characters that lived through Cyclone Winston. Finally, at the end we revert back to the exclusive perspective that virtual reality offers by breaking the fourth wall between character and audience. The desired effect was to capture the intimacy of the medium and project the realism of the issue across the Pacific, all the way to our viewer’s own homes. 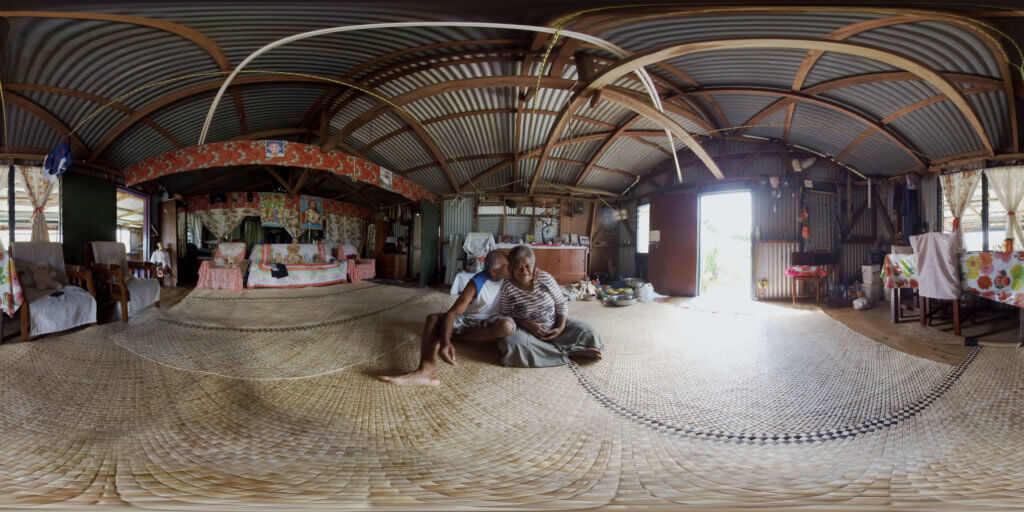 In the film: 360° view of Rupeni and his wife at their home in Namarai village, Ra Province.

Like most virtual reality experiences, empathy and immersion are the key technical objectives, however the goal of Our Home, Our People is fundamentally to start a conversation. Being there and witnessing the drastic rising and shrinking tides, hearing the stories of near-death experiences, and seeing the grueling impact on community and family livelihood, it’s difficult not to come away with a newfound affinity for the land, people and culture.

This is a topic that needs to be discussed and addressed immediately. What we want is for decision-makers, delegates and governments to invest more in climate change adaptation measures, and support the efforts of local Fijians, and Pacific Islanders to maintain their identity, culture and unique way of living. I can only hope that the film, and the greater body of work that the team has produced, goes some way to garnering this support.