A government official, an academic and an artist walk into the room… Sounds like the start of a bad joke right? In this case, I can assure you, it is far from it.

Recently, Chris and I were invited to participate in a private hack hosted by LAUNCH and SecondMuse in partnership with the Australia Government’s Department of Foreign Affairs and Trade.

The one-day event brought together a room full of creative minds from all around Australia and the US, with the hope of tackling public health issues, in particular those relating to food and healthy eating.

Unsure of what awaited us, we left Sydney and made our way to the nation’s capital. The invite had piqued our interest but we were still uncertain of how the day's proceedings would play out; after all ‘public health’ is a considerably large issue to deal with in a single day. 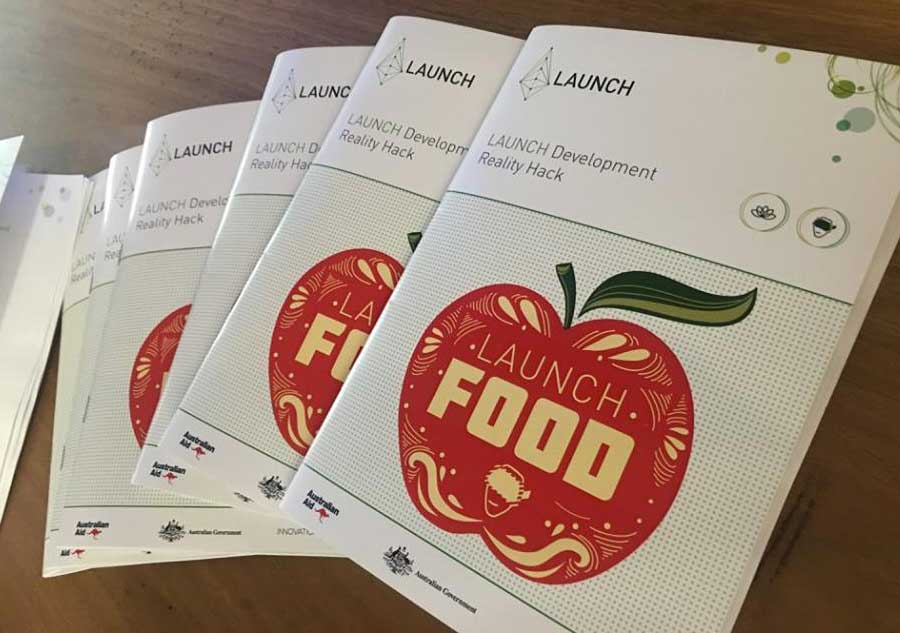 To put it all in context:

More on the matter can be found at LAUNCH.

Some of the region’s hardest-hit by malnutrition also tend to have high rates of obesity. Together the double contribution of under- and over nutrition can have a significant impact on a country stretching beyond health to economics, in some cases perpetuating the cycle of poverty. When confronted with all of this we were forced to ask ourselves: was there any way to solve this complex issue in less than twelve hours?

Bringing together a room full of experts comes with its own set of challenges. Egos were checked and left at the door, and in the spirit of collaboration we joined together with other creatives and entrepreneurs to tackle the problem. To this extent, I applaud the environment created by the organisers as a lot of effort was spent encouraging everyone to get to know each other. 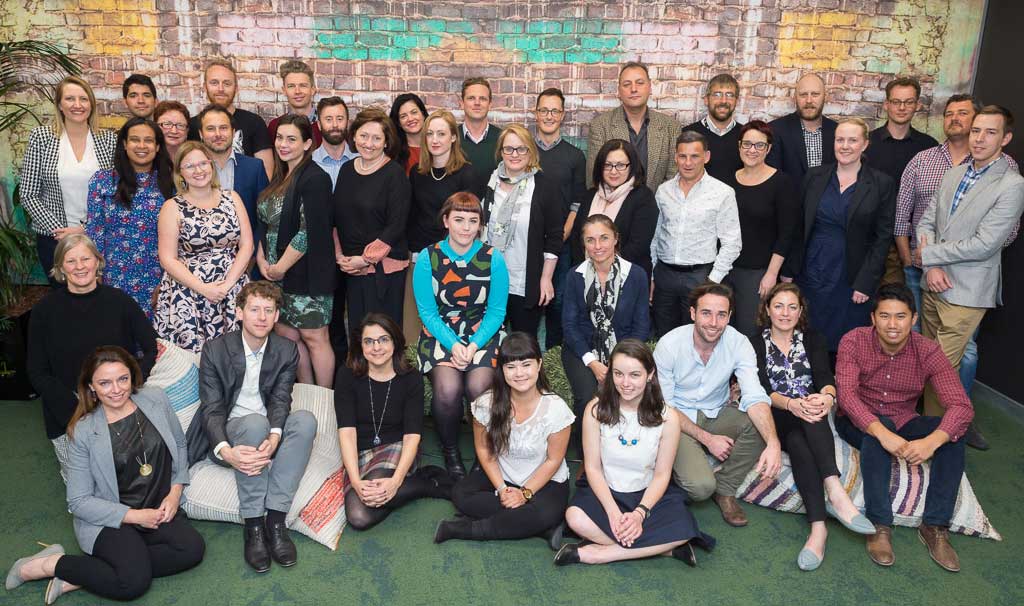 While the hack seemingly had an emphasis on virtual reality and augmented reality from the pre-event materials, individual introductions revealed a variety of skillsets in the room that included VR, AR, marketing, game design, academic research and international policy amongst others. Some honorable mentions are:

There were also many others that brought a similar calibre of expertise and experience to the table. This was extremely heartening as our personal belief and S1T2’s ethos is that technology should not be the starting point of a solution – Story 1st. And so, while virtual reality and augmented reality (due to Pokemon GO) are both in the media spotlight now, the importance of taking into account the entire landscape of tools and technologies available to solving the problem cannot be downplayed as it will require behavioural change on a grassroots and country-wide level.

After the initial introductions from each person, the room was split into smaller groups with care taken to remove colleagues from each other to inspire cross-pollination in ideation. This helped to get the creative juices flowing as each group was tasked with developing their own ideas throughout the day. 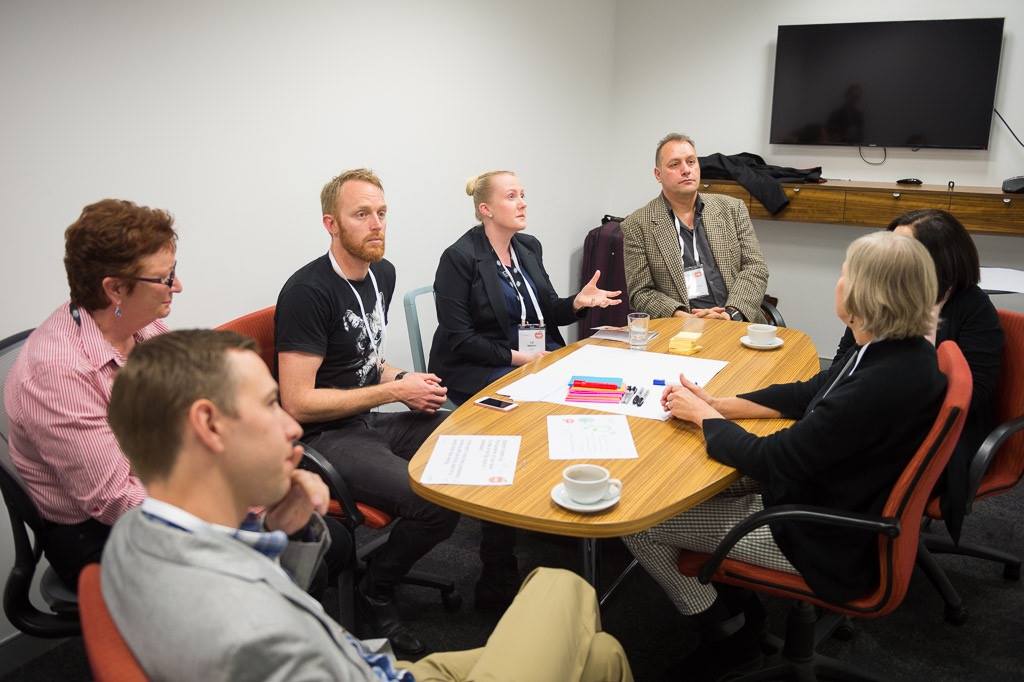 Here is my recount from the session:

Fueled by good healthy food of our own – unlike traditional hacks which offer pizza and caffeine as brain food – we were tasked with coming up with solutions by the end of the day. The objective was to develop and select a single idea from each group which could then be executed. These were pitched to the wider group for feedback before being recorded and released.

The proposals that came out of the sessions were varied and bold but ultimately lacking in conclusiveness. This was to be expected with the limited time given to each activity, however progress was still made via the ideation process, and notes from each group were well documented – you can find some of these in the Huffington Posts’ Top 5 Takeaways as well as LAUNCH’s very own wiki page. As one group that opted not to present an idea pointed out, they believed the solution required a strategy with multiple campaigns and so chose not to focus on a single concept. 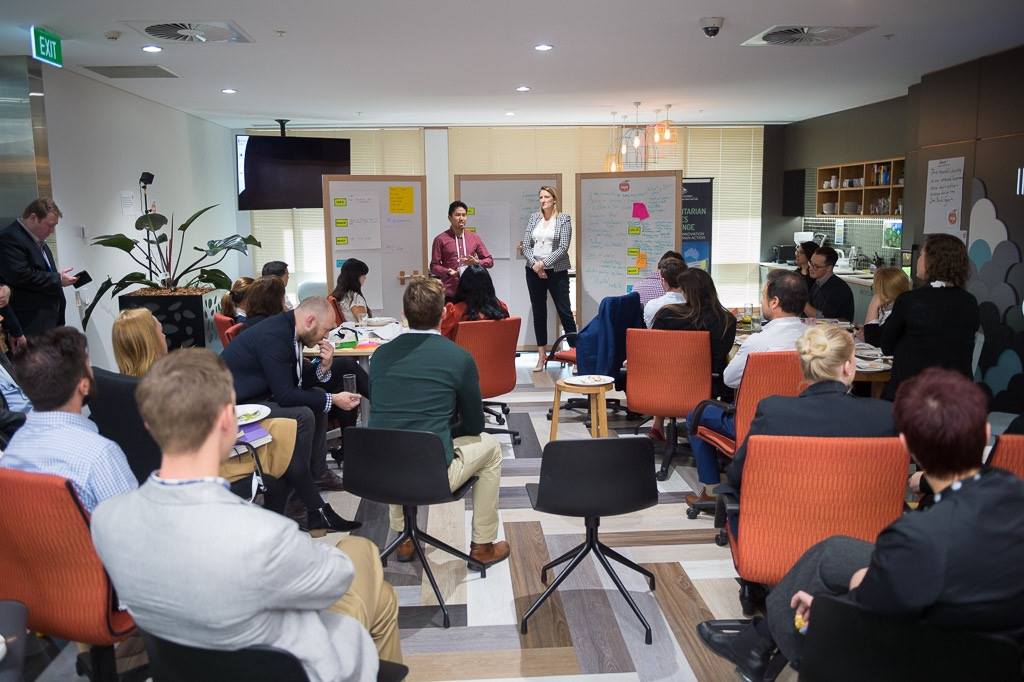 Perhaps a step forward was enough though, as sometimes the burden of ‘the perfect idea’ can weigh heavy. By aspiring for concrete solutions we are forced to make decisions and fail fast. But in the true spirit of a hack everything was very much a work-in-progress. While we may have fallen short of the lofty ambitions set at the start of the day, we did accomplish many things including insight into some of the key challenges we may face – potentially saving millions in bunk project costs.

It was thus fitting that the end of the day became the start of a new endeavour – a call-out to anyone that wanted to continue the challenge beyond the hack, and hope that by utilising the greater network of everyone in the room we could collectively spread the word that this was an endeavour worth championing.

For me, the simple realisation that someone can be overfed and undernourished was enough to bring home the importance and relevance of this issue. This was something that not only pertains to developing nations but also our own country where access to processed food is prevalent.

So the next time you chow down a bite to eat, I implore you to spend a moment to consider both the implications on your own health as well as the impact for positive change you could be making by contributing to the conversation. If you want to make a difference, LAUNCH has an open call for innovation submissions until 16 November 2016.

Sometimes the biggest ideas can start from the smallest of places.