The McGrath Foundation is one of Australia’s most well known and loved charities – and for good reason. So when they approached us to create an animation to introduce their brand refresh, we knew it was going to be an incredible opportunity. Not only would we be contributing to a great cause, we would be doing so by helping to tell a story.

Stooped in a rich history and legacy, the McGrath Foundation cannot be understood without knowledge of Jane and Glenn’s fight and the support of the cricketing community. However, a change was necessary. It had been over a decade since the McGrath Foundation was first started – enough time for Facebook, Google and Uber to be born, grown, and sold for billions. And the McGrath Foundation itself has evolved a lot in that time. It was time for their branding to reflect where the charity is today, and where it hopes to go in the future.

A refresh like this is a monumental move for a brand as well known as the McGrath Foundation. But for them, this wasn’t so much a change as it was an evolution. Over the years the brand had outgrown its branding. The McGrath Foundation's visual identity no longer explained the core of their mission – ‘to place, and keep, breast care nurses in communities across the country’. They needed a way to capture the essence of their brand, and to better communicate what they do.

So they set about on an eight-month plan to reinvigorate their branding. And there's no doubt that Hulsbosch, the design agency behind the new brand aesthetic and logo, did tremendous work. The bold ‘life force’ graphic, curved to evoke feelings of kindness and compassion, is both beautiful and elegant. Most importantly, it captures what the McGrath Foundation has always stood for: a warm embrace for those who need it most.

But while the new graphic does a great job of capturing the essence of the brand, it doesn't really explain the story behind it. For that, they needed motion.

Our brief was simple: create a video that would explain to the rest of Australia why the McGrath Foundation had chosen to embark on this evolutionary journey. While this opportunity was a privilege, it also came with a burden of responsibility. We would be responsible for re-launching the brand of one of Australia’s most beloved charities. However it was a burden we relished because it gave us the chance to contribute to an important cause in the way we know best – by telling a story. 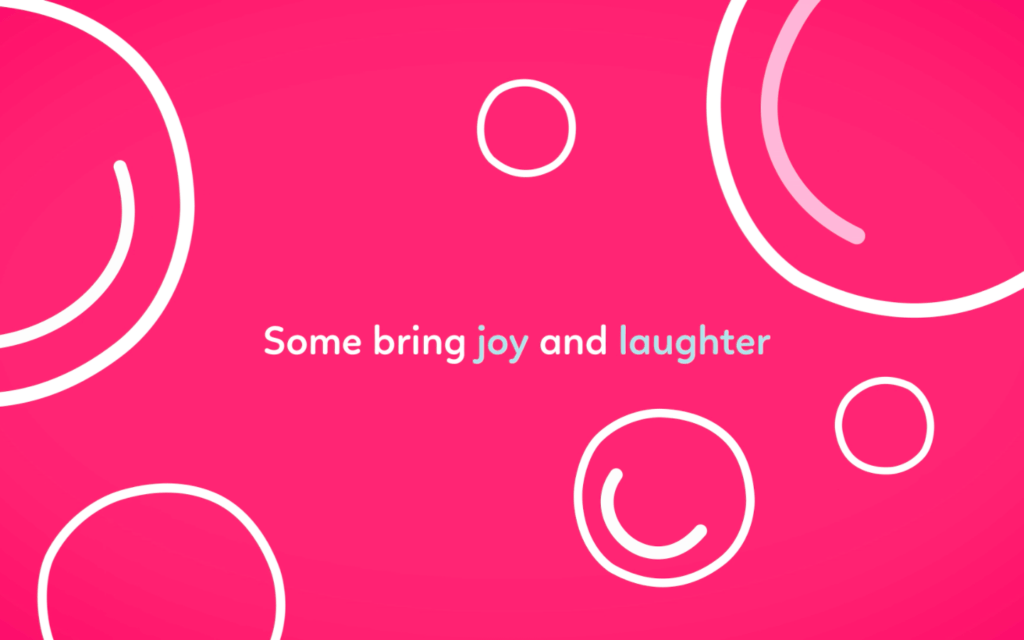 While Hulsbosch’s task had been to capture the essence of the McGrath Foundation in a striking graphic, our job was to bring this graphic to life. We needed to articulate the brand’s evolution, introduce the new look and feel, and, most importantly, help people understand the charity’s ongoing mission. We needed to capture the “why”: Why did the brand evolve to become what it is now? Why did they need to undergo a brand refresh? By taking the time to explain the story behind the evolution, we hoped to demonstrate not only why the change was necessary, but why it was for the better.

Bringing the logo to life

The idea was to explore what would happen if the still images – the life force and the spark – came to life, in the same way that children imagine what happens to their soft toys while they’re away. To do this, we created a universe, a whole other world, out of the brand's visual identity. In this world, the various logo elements could come to life, interacting with each other as the story unfolds. 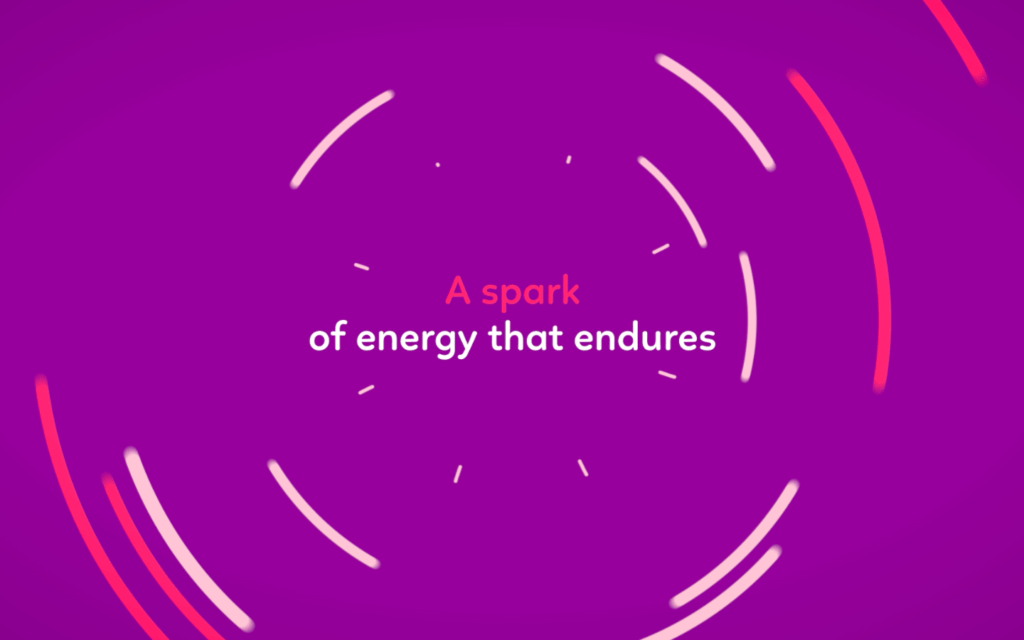 Within this universe, we framed the striking ‘life force’ graphic as the protagonist. As we followed a pair of life force characters, the animation would come to reflect the journey of breast cancer sufferers, and of the McGrath Foundation. Imbued with positivity and personality through a free-spirited, hand-drawn animation style, this journey would bring the new branding to life before the viewer's eyes.

Simplicity was key to creating an animation that genuinely reflects the ethos behind the McGrath Foundation's new branding. Overall, our goal was always to be true to the story we were telling, so it was important that we not overcomplicate the message. For us, it wasn’t just about creating a path to understanding, but finding the most effective path. So we stripped the brief back to its core – to its story – and focused on how to communicate this with as little additional information as possible.

Essentially, what we were aiming at was minimalism, not just in aesthetics but in function. After all, looking minimalist isn’t the same as being minimalist. While a simple aesthetic was important to the video’s success, it needed to be backed up by an intimate understanding of user experience. Simple graphics wouldn’t mean anything if they didn’t communicate the underlying message.

The success of the animation, then, arose through our ability to guide viewers organically through the experience towards the underlying message. This meant mapping out a visual journey, from start to finish, so we’d always be aware of the bigger picture. Being conscious of where the audience would be looking at any given moment gave us a framework within which to tell the story. It also ensured that we were aware of the overall story arch, such that we could create clear points of interest throughout the video, as well as clear visual paths towards them for the viewer 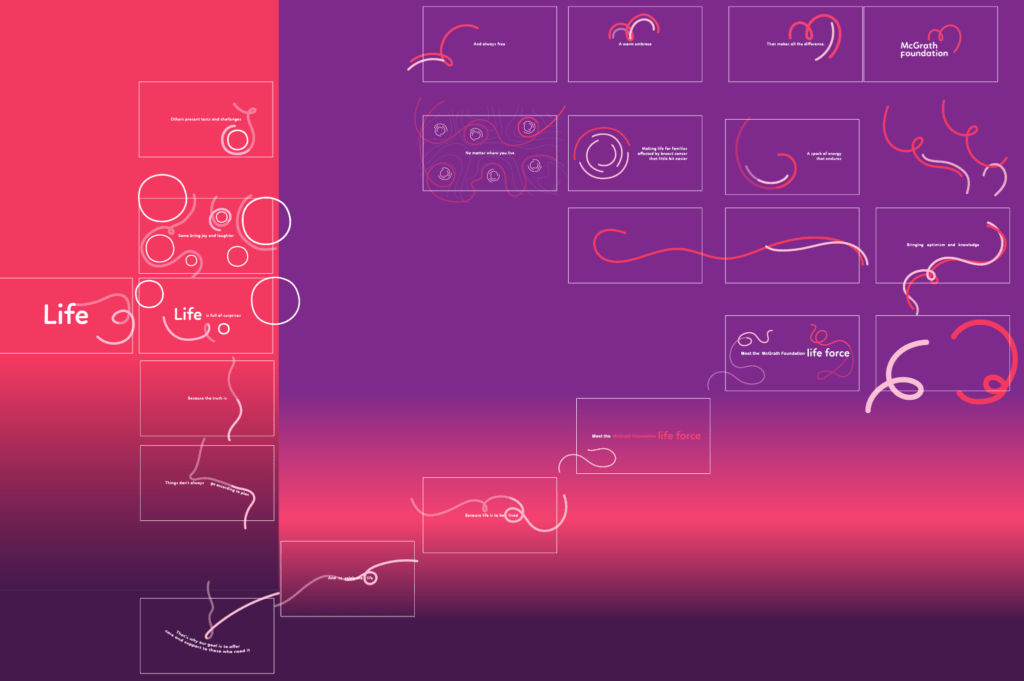 Inspired by a conceptual principle of material design, we also placed a lot of focus on creating meaning through transitions and movement. Framing the animation’s progression through elegant and fluid motions allowed us to tell a story not about change but evolution. Using expressive, continuous movement, we could bring the brand journey and values to life before the viewer’s eyes. We could create a story that audiences wouldn’t need to think about; a story they could feel.

We achieved this delicate balance – between seeing the story and feeling it – by treating movement like a kind of visual poetry. Every transition was seen as a chance to bring the story into focus. Each gesture had to make sense both within the scene and within the overall animation, just as each word must make sense in the line and in the poem. Movement would be treated not only as a way to guide the viewer through the story, but as a way to reflect the message and ethos underlying the brand as a whole.

Trusting in the process

At McGrath, they talk about having a DNA made up of boldness with a splash of spirit. This philosophy is embodied not only in the brand, but in the team behind it. Throughout this project, that team trusted us to produce the work in whatever way we felt best. And while this takes immense courage, it’s a big part of what makes projects like this so beautiful – not to mention successful. By stepping back and allowing us to tell their story, the McGrath Foundation gave us the power to create something we truly believed in.

And when you believe in something, it always shows.