A sculpture with its own personality

As part of the annual Vivid Sydney festival, we have designed and developed the interactivity behind a light sculpture with its own personality – RAY.

On opening night, the first ever solar-powered installation at Vivid launched with much attention from its many visitors with 31,250 interactions registered from the night.

To interact with RAY, audiences collaboratively tug on one of the three charging pods located at each end of the cone-like structure to send a beam of lights shooting up into the summit. Once completely filled, the energy flows into the sculpture creating a captivating display of lights and sound themed after water, tree, lightning and fire.

Alternatively, visitors can also interact with RAY through social media by hashtagging #Hiray on Twitter and Facebook. People can ask RAY how his day was, and he replies in real time. RAY’s more detailed stats such as battery life and number of visitors can be viewed on a dedicated website.

Based upon the tree of life, RAY represents the positive role renewable energy has on our planet. It is a call for awareness towards the efforts of providing a source of affordable, renewable, and clean energy source for India’s urban slum communities. Charged by Southern Cross University’s ‘sunflower’ and created through a collaborative effort of individuals and organisations, RAY is the first ever solar-powered installation at Vivid.

RAY is awake at 6pm-12am everyday and will be on display at Vivid Sydney until the 9th of June and located next to the Museum of Contemporary Art. 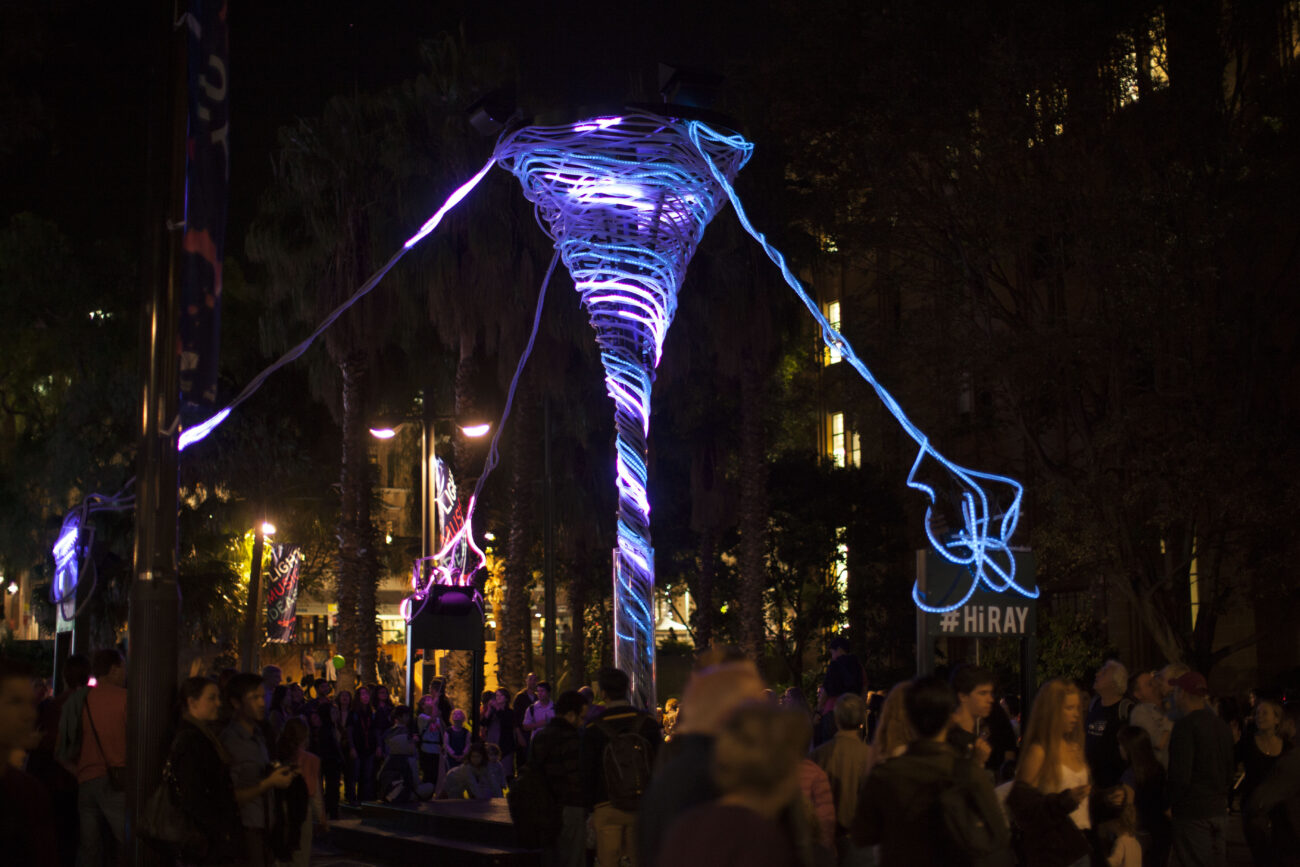 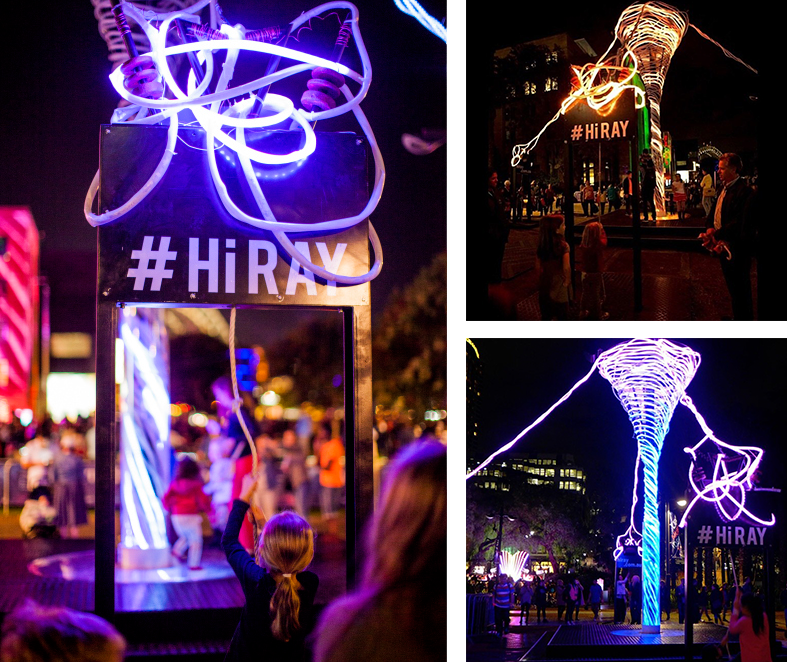 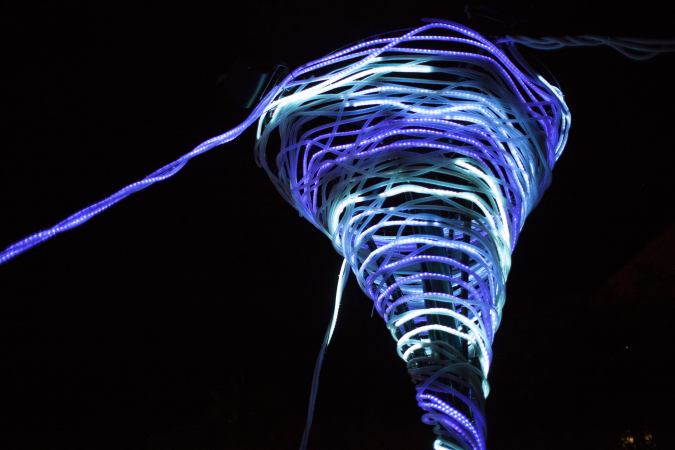