Crack the safe to win

Last year, we teamed up with Samsung to bring people a real-life, time-pressured, bank robbery experience called the Samsung Safe. The platform for introducing the Samsung Note 4 into the spotlight, giving people an opportunity to play the game, crack the safe, and win prizes. 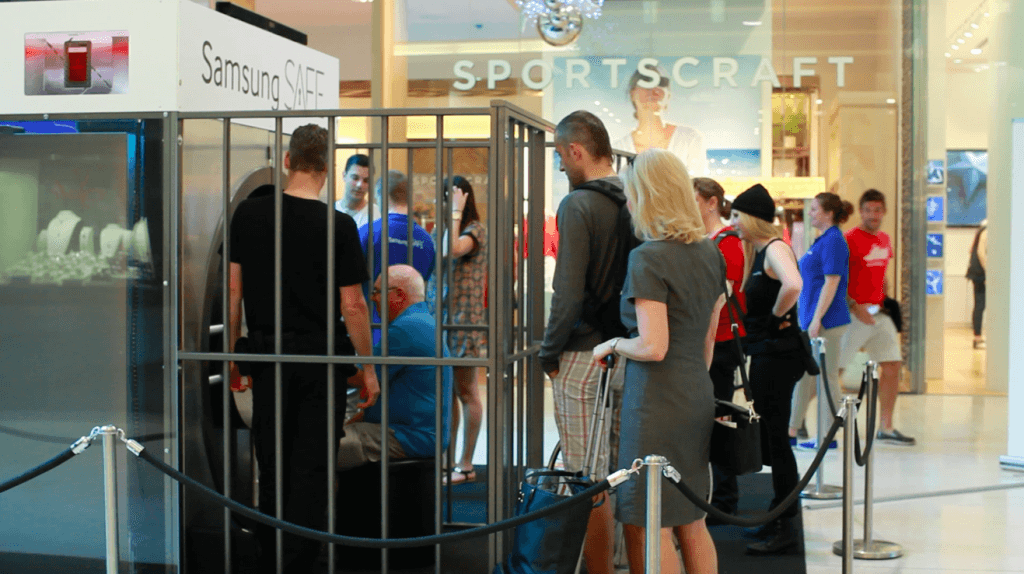 We built a custom Android application for the Note 4, a puzzle that upon solving, provided access to the safe and prizes. The user interface was based upon the Android lock screen unlocking mechanic. 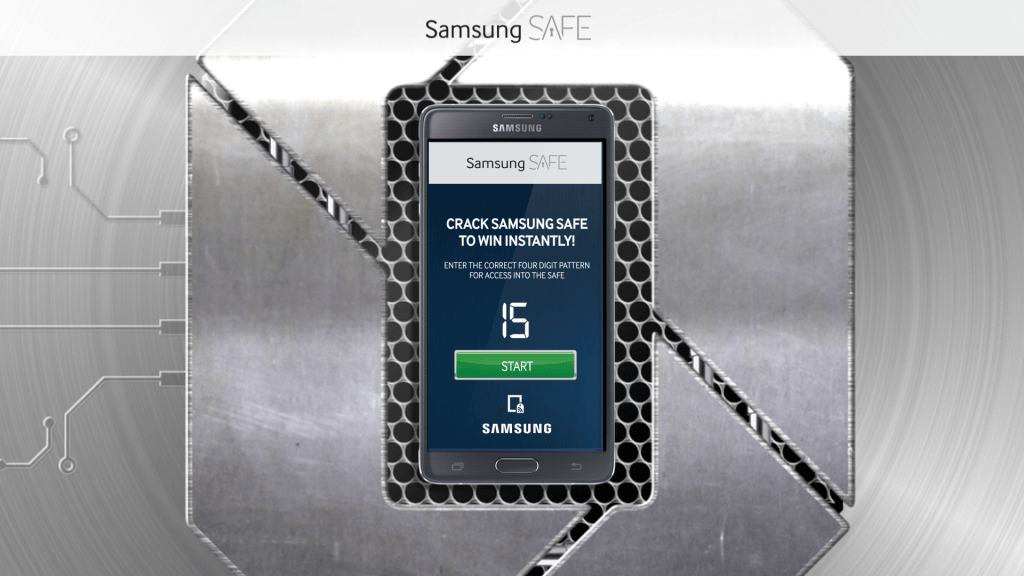 The game was simple. Once the screen is touched, the application kicks into action with an animated countdown timer, music, and sound effects increase in tension as time ticks away. People had fifteen seconds to have a go at cracking the four-digit pattern. Each time the wrong code is entered, the screen quickly flashes red, then encourages the participant to try again until the clock runs out. Once the safe was cracked, the prize was theirs for the taking. 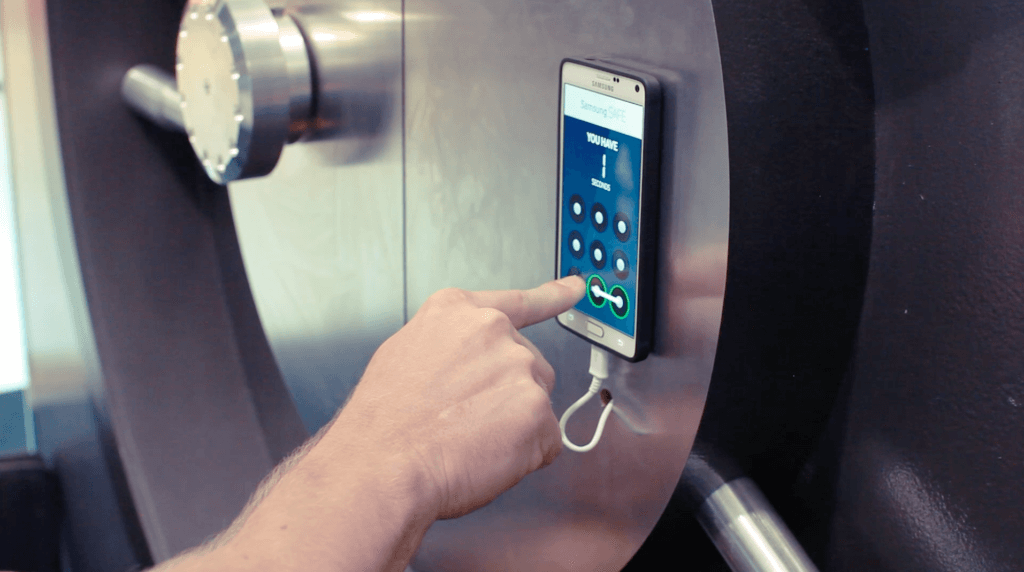 The prize distribution mechanic is programmed within the application, it dictates the rules and frequency of the wins using a percentage-based probability model. Providing a high probability of even and complete prize distribution across each activation day regardless of foot traffic. During each activation day, it allows for eight winners over a seven hour time period, winners were equally distributed.

Once the jackpot was hit, the physical safe opened and the winning robber could pick whatever he liked from the Samsung treasure chest.

Make sure to check out some of our other experiential marketing work like the Ebay Innovation Lab.