When Tash from S1T2 first shared the idea of Beyond the Stars with me, I was equally excited and sceptical. Not of Tash, but of the idea itself. Would it work? What made this idea different to others that had tried to tackle the issue of non communicable diseases in the Pacific?

This is Part 2 of our interview with Talanoa founder, Arieta Rika. In our previous session (see below) we asked Arieta why she chose to be involved with Beyond the Stars (BTS) and what made the project so important to her. This time, we focused on her role on the project and what she learnt throughout the creative process. 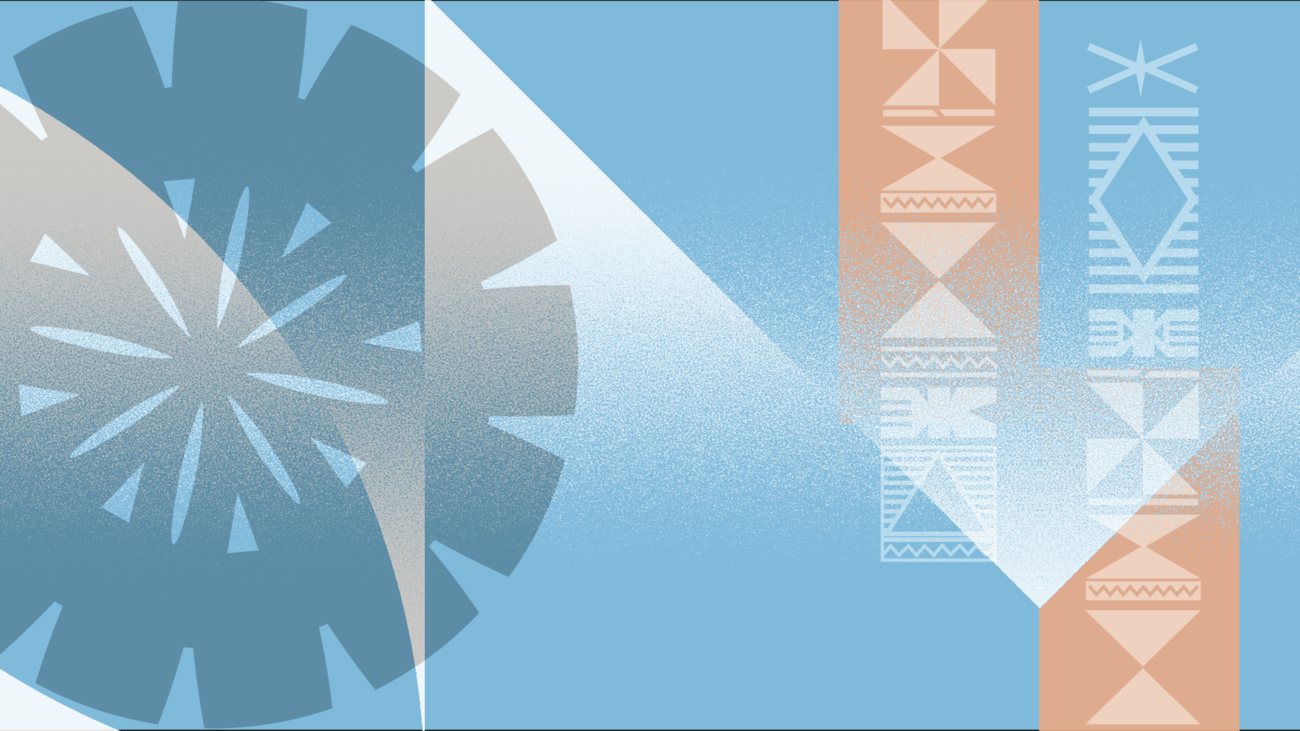 Storytelling across islands: An interview with Arieta
Read the blog

How important is Beyond the Stars for the Pacific Islands?

The issue of non-communicable diseases in the Pacific is huge, and while there have been many programs and initiatives that have attempted to tackle it, I have yet to see one that has had a resounding, long term and positive impact. That’s why I believe a project like BTS is so incredibly important. BTS isn’t a project coming into the Pacific with a suggested solution – it is building up the solutions (more than one) from within the community – and with the strongest audience of all – our children! These children may not have the power to change the past, but they do hold the future in their hands. 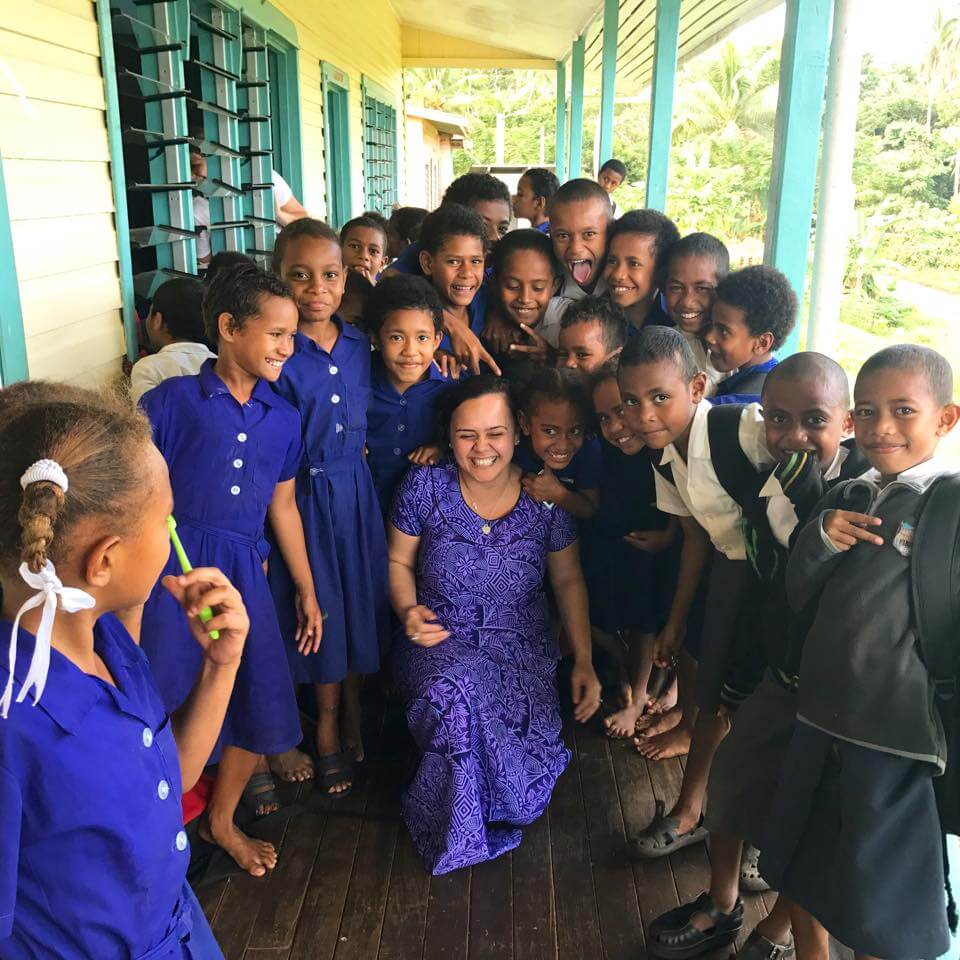 Have you seen many similar projects in the Pacific Islands?

I have seen projects that have attempted to address the issue of non-communicable diseases, but none of them have taken the approach of BTS. The research and groundwork that has gone into BTS behind the scenes has been truly inspiring. As a Pacific person, this is the first project where I have witnessed first-hand a project that has been built in partnership with Pacific people, for Pacific people, and to be run and owned by Pacific people too.

What was your involvement in Beyond the Stars?

I supported Tash and the team at S1T2 as a cultural advisor, translator and Pacific storyteller. Often Tash and the team would ask for my advice or my ideas on cultural aspects of the project. For example, they’d often show me illustrations and ask me what I thought – whether it resonated as Fijian and as from the Pacific. The feedback was sometimes brutal where Tash and the team would scrap what they’d done and start again. Sometimes they’d ask me to share mythical stories, traditions and even Fijian words to help them build an authentic story. Also at times I would act as a bridge between Tash and specialists who were from or who worked in Fiji who could provide technical advice much better than I ever could! 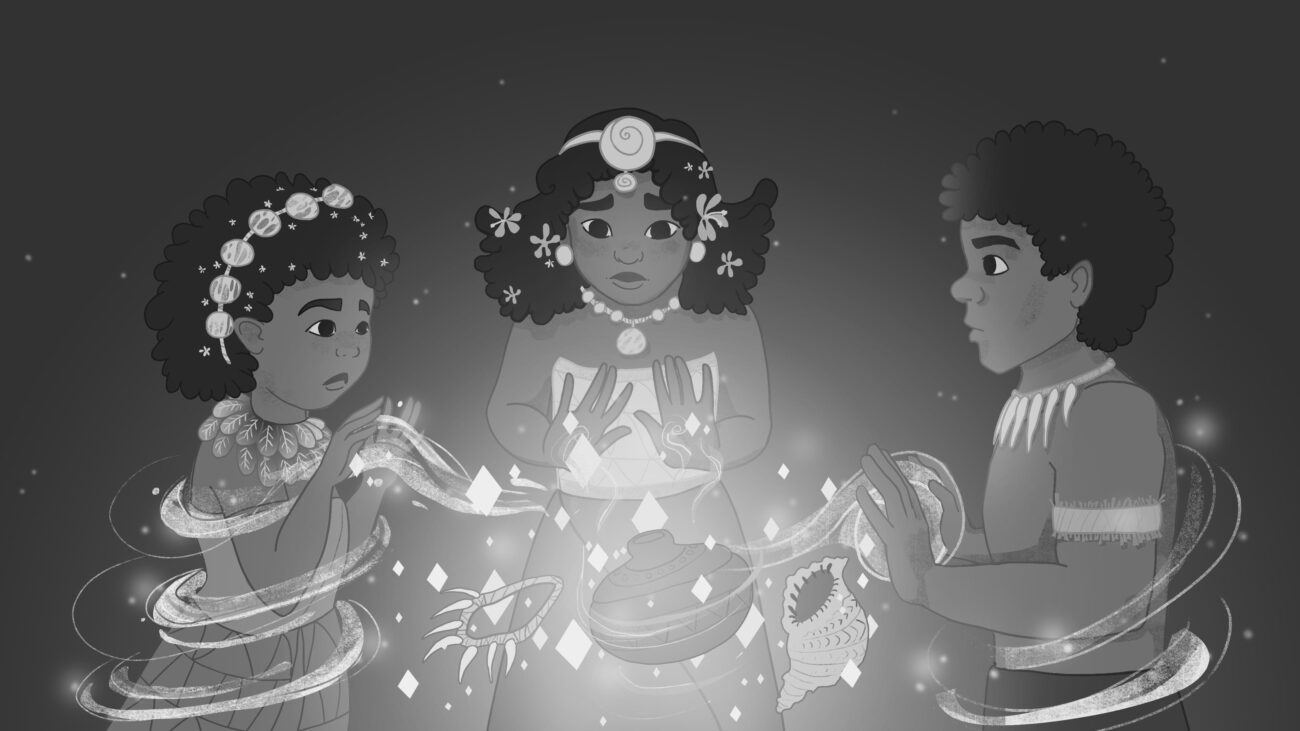 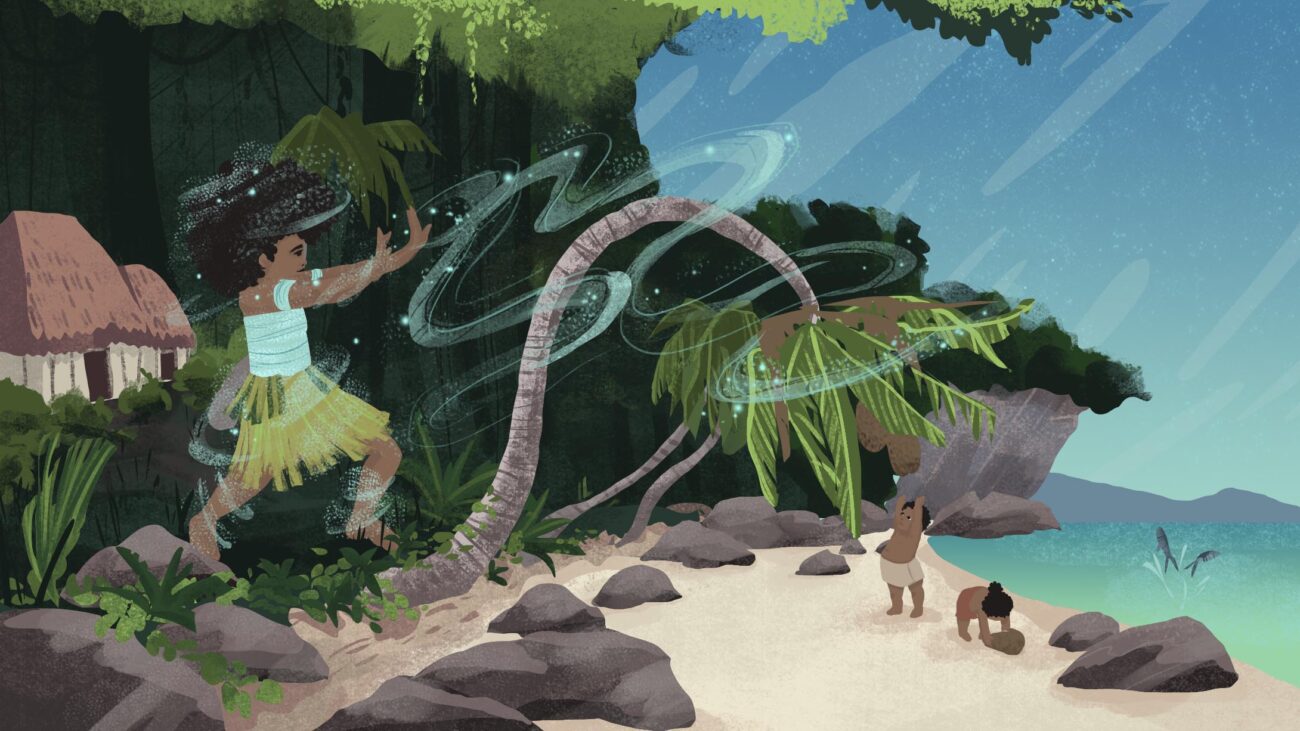 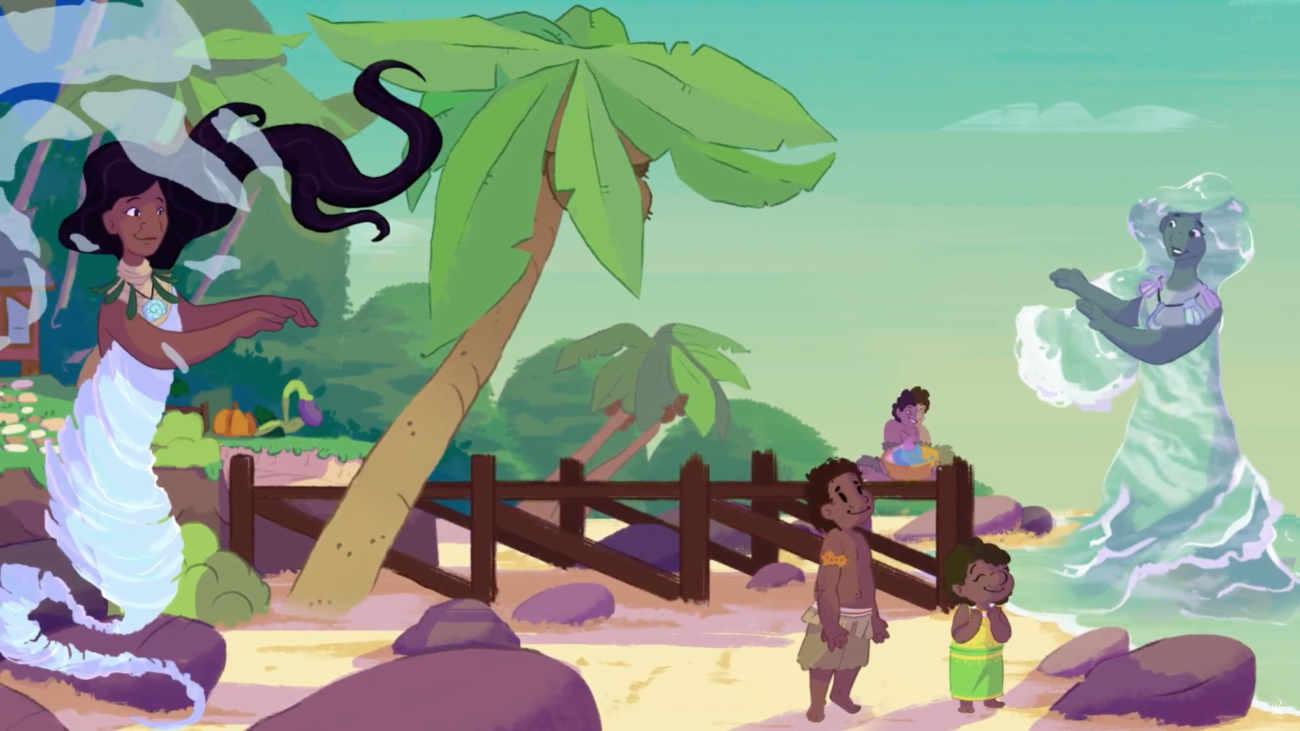 Is it safe to say you had an additional connection to the project?

Being an Australian born Fijian and Tongan, I felt super connected to this project. Often it would bring tears to my eyes just imagining the impact this project would have on Fijian children. Can you imagine how I felt when I saw the images and video footage of the project being rolled out during its trial? I was so overwhelmed with emotion and pride, and so so encouraged that such a huge dream for the Pacific was slowly coming to reality.

Did you learn anything from the project or process?

I learnt so much and for that I will be forever grateful for. As a young, sceptical Pacific person, I learnt to trust – experience had taught me that anyone not from the Pacific who tried to solve a problem for Pacific people always had some kind of hidden agenda or did not have the right intentions. I’m so glad that I learnt that I was wrong.

Not only did Tash earn my trust, he also earned my respect. He opened up my single-mindedness to a whole new world where I could work with smart, talented, kind and genuine people who truly cared for the Pacific, despite never setting foot on my beloved home island of Fiji. This project gave me a newfound hope and taught me to be less judgmental and more open-minded in my work as a Pacific writer, storyteller and cultural advisor. 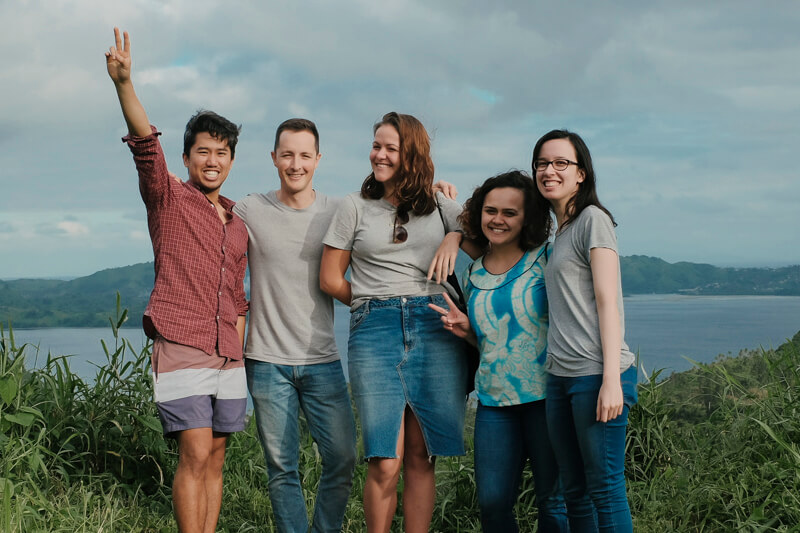 Some of the team on a research trip in Vanua Levu, Fiji.

With the success of the pilot, is there anything you would like to see changed or improved?

At this point I would love to see the process itself documented and shared more, so that more people in Fiji, in the Pacific, and across the world can go on the journey of BTS and experience how great this project is. Not only could this inform people, it could also inspire other ideas that will continue to support our community and address serious issues like non communicable diseases.

Do you think Beyond the Stars could be used in other parts of the Pacific Islands?

Certainly, and I know that has always been a part of the greater vision for BTS. The beauty of the project is that it can be tweaked to suit different audiences while achieving the same goal. While the main goal is to address non communicable diseases, I have no doubt that the insights we gain from sharing BTS in other parts of the Pacific as well as Fiji could produce many golden ideas that could improve BTS and also branch off into addressing other issues across the Pacific too.

Are there any words of advice you could give to others tackling this huge problem?

The best advice that I can give is to work in partnership with the Pacific throughout the whole project. What does this look like? Don’t just rely on reports and statistics on the Pacific – spend some time in the Pacific to ask questions, listen, watch, discuss and learn first hand. Build genuine relationships – this will take you much further than funding in the Pacific!

Then, once you have done all of this (and this might sound quite obvious), use all the information you have gained to create long-lasting impact as opposed to short term results. Work hand-in-hand with people on the ground and abroad to achieve your goals and document and share the process so that others can learn from your work too!

We’re very thankful to Arieta and all our other Pacific Islands collaborators for their wisdom and dedication to helping make Beyond the Stars a reality. If you’re interested in contacting Arieta, you can do so at arieta@talanoa.com.au.