Like they always had, the Greeks of 480 BC bore the road to Delphi, searching for answers to fates they couldn’t comprehend. To meet the gods each one passed below the heavy stone inscription “Know thyself”. 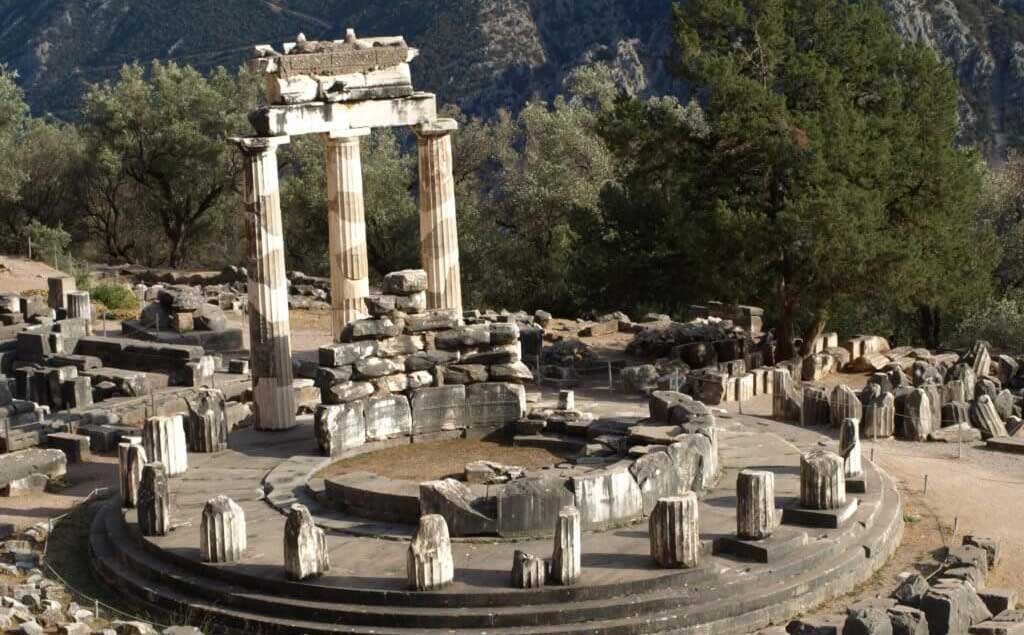 Self-knowledge and its pursuit is a road we all walk and collectively, it’s fueled the engines of art and science. To know thyself was the gift of the gods and I’d say virtual reality  is man's gift to himself.

Our schedule says I need to write this article to improve SEO for marketers looking to use our virtual reality services, but if you change marketer to communicator, storyteller, or artists these principles still might be helpful.

The point worth exploring is.. I think virtual reality’s real power lies in its ability for the user to discover themselves, in a designed world.

Story and all its mediums have always been our most effective medium to communicate, but its latest medium for the first time fulfils the old prophecy: I hear I forget, I see I remember, I do I understand.

Mixed realities (an aspect that combines augmented reality or virtual reality and the real world) and virtual reality take us down the rabbit hole towards stronger understanding and relationships with our audiences, but we need to understand how it does that, to make the best use of it.

What is virtual reality?

In 1965, an internet pioneering computer scientist, Ivan Sutherland told of:

In 1999, the captain of the Nebuchadnezzar Morpheus called it “The Matrix”.

We’re by no means close to these futures and the social challenges they pose but for better or worse that’s the end game. So as we enter the second quarter of the game, I think: “A computer generated digital environment that can be experienced and interacted with as if that environment was real” is a good a definition as any.

The very first virtual reality systems and the very last will all share a common goal, which is to reach a level of immersion that allows virtual reality users to achieve a sense of presence.

There’s a psychological state you feel every (or mostly) waking minute outside of virtual reality where you feel like you are there. As communicators, our interest in this state is as obvious as trying to get a face to face meeting with someone you need to convince. If we are present, we are operating at a much higher cognitive level, across all our senses and that hasn’t been possible with traditional storytelling mediums.

The magic with virtual reality is achieving presence in someone else's shoes. Where we are able to take action, to do, and learn fully from an experience.

Governments and scientific agencies like NASA and the Department of Defence have been using virtual reality systems for the past 20 years on its most elite individuals simulating dangerous scenarios and complex manoeuvres.

Medically being able to induce such a state of presence and immersion has been proven therapy technique in reducing phobias and conditions such as post-traumatic stress disorder in returned service personnel.

A great example can be found down in Melbourne at Alzheimer’s Australia by the guys at Opaque Multimedia. Their system immerses you in an environment and where you're tasked with finding the bathroom while managing all the effects of Dementia. As I hobbled around, it was surprising how frustrated and helpless I became in that situation giving me a new understanding and perspective of what my own grandmother is currently dealing with.

So if you're thinking of using virtual reality, use it for what it's good for. And no matter what you're trying to say, inducing a state of presence is the best place to say it.

How do we create a presence?

The simple formula seems to be high-immersion = higher probability of presence in your user.

Maximising the attributes below as much as your system and budget allows (there is often trade-offs between the attributes themselves), gives you the greatest chance of sending your user to another place. The key factors you can control in your virtual reality system today to increase immersion are:

University studies have demonstrated virtual reality experiences that have actually changed users perceptions of taste. A malt cookie is eaten in the real world, but it is reimagined as a chocolate cookie in the virtual world, after the experience, participants reported tasting a chocolate cookie.

If we’ve done our job, then the user will feel a sense of embodiment, they’re walking in someone else's shoes, and that’s when they can learn something about themselves that we have never knew.

Nonny De La Pena’s work is a great example of this, most likely the first virtual reality journalist, she uses the medium to put her audiences in the news as a witness. She’s sent them to war zones, backstreets of police brutality and domestic violence in homes.

The state of presence puts virtual reality users in an experience that encourages self-reflection and forces us to re-assess what we did during the experience and our view of the world when we take the HMD off. This makes it an extremely compelling medium.

How can brands use these methods?

Brands spend thousands on stories where moral is their value to the customer. They then spend millions more on making sure you see it once or twice a day. Virtual reality is a brand’s opportunity to show rather than tell, using looser interactive story frameworks and immersive environments.

Last year, NRMA launched a virtual reality car safety experience that puts you inside a real car, where you experience the difference in safety features between cars today and cars thirty years ago as a crash test dummy.  It’s an experience where the user can touch, see, feel and hear the difference between the safety standards – not just based on what they’re told to believe.