It’s hard to imagine, but one day augmented reality could be more important than virtual reality.

In between Facebook’s acquisition of Oculus Rift for $2bn, and announcements by other major companies such as Valve, Samsung and Sony to invest in virtual reality (VR), it is worthwhile sparing some thought for the much less talked about augmented reality (AR), which may well have a bigger impact on our everyday lives in the future.

Virtual reality’s application is seemingly limitless; if you can imagine being transported to another place or time that would otherwise not be possible to experience, then you can start to understand what virtual reality may allow us to achieve. A historian for example, would be able to transport themselves to a time before they were born, an astronaut could travel into space without leaving the confines of their home, and a scientist could explore the microorganisms of the human body through a visor.

While each of the above examples are all entirely possible using virtual reality, the current application of VR paints a different picture. One look at the brands leading the push into virtual reality reveals an agenda set within the gaming world. Out of all the headset makers, only Samsung can claim to be embracing the technology for use outside of gaming. Valve and Sony are investing in what they perceive to be the next generation of gaming, while the team at Oculus – upon being acquired by Facebook – also felt the urge to remind fans that they hadn’t forgotten their roots:

Over the next 10 years, virtual reality will become ubiquitous, affordable, and transformative, and it begins with a truly next-generation gaming experience. This partnership ensures that the Oculus platform is coming and that it’s going to change gaming forever.

The reality is, funding for virtual reality content to-date in most parts comes from the entertainment or gaming industries, and it’s easy to see why. While virtual reality has been around for a couple decades already, the expectations of the media and public have never really coincided with the capabilities of virtual reality hardware. So even though VR has always been hailed as something that could change the world, the burden of expectation eventually led to its demise.

The latest ‘second wave’ of virtual reality has been a more concise push by brands that view VR as a natural progression to both film and gaming experiences, and it is thus seen by these brands as an opportunity to enhance current experiences rather than a technology to create entirely different products or services. 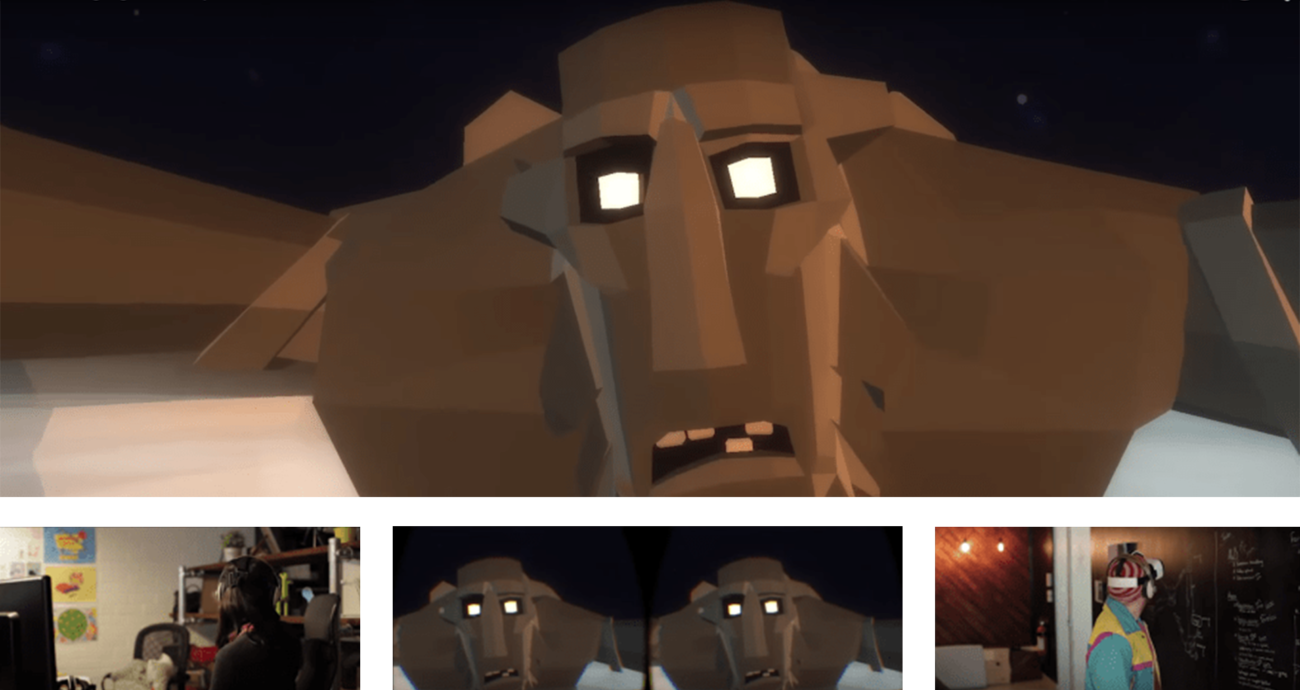 Similarly in our line of work, virtual reality is considered a novelty (Tibrogargan Dreamtime Story and HSBC Wallabies All Access), and as such, the projects we have completed for corporations and brands have been limited to activations that are barely pushing the capabilities of what VR can offer. After all, virtual reality is still in its formative days, so much so that you could probably show almost anything to consumers in virtual reality and they would think it’s cool. As a result, there is no incentive for markets to create innovative content as it represents a riskier investment that will take time and money to achieve success.

Augmented reality, on the other hand, is seen as a different type of technology altogether, one that is based more on function rather than form. It embraces the concept of a mixed reality, or mediated reality where technology enhances the world we live in.

This is why augmented reality is generally presented to us in more pragmatic forms such as wearable tech, because there is an understanding amongst technologists that AR needs to be a seamless fit within our current lifestyles to be successful.

Whereas virtual reality is better geared towards immersion, lending itself more naturally to use in the private domain because of the nature in which you ‘plug in’; augmented reality is perceived as the technology you use in public – outside the house and around other people – and it comes in a variety of already existing forms such as accessories or mobile devices which we already use or wear.

An example of this is Google Glass. Google Glass enhances an already existing accessory, in the same manner that the Apple Watch offers the function of a watch with advanced features. This is an important distinction to make as it highlights a fundamental advantage that AR has over VR – augmented reality doesn’t require you to put on a headset and be disconnected with reality, but rather aims to seamlessly combine the real world with the virtual world to create a coexistence of the two to the benefit of the user.

Unlike virtual reality, AR doesn’t seem to be as high-profile, and the brands investing in it are doing so in a less public manner whilst managing the expectations of release dates. Even though Google Glass’ initial launch may have been a failure, Google has quietly continued its investment into Glass reaffirming to the public its belief in wearable tech and augmented reality.

The recent demo by Microsoft of their HoloLens AR technology at the Electronic Entertainment Expo (E3) 2015 is another example of augmented reality that proved to be a big hit amongst the community, and not just because they used Minecraft as their choice of application. In the HoloLens demo the surreal moment only came when the audience was allowed to visualise the virtual world in front of them (through a special HoloLens camera rig), effectively turning the event into a live showcase of how Minecraft could be communally explored using virtual technology. 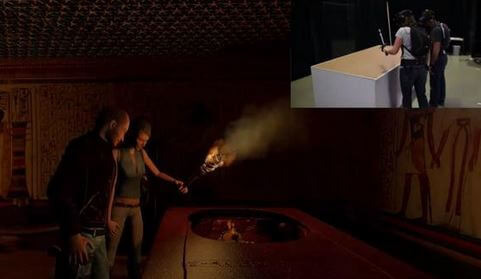 Furthermore at SIGGRAPH 2015, two of the most fascinating pieces of content on display also utilised social interaction. One required the fixing of a space shuttle with a partner, while the other was an experience that allowed for two people to enter an old historical tomb with a virtual torch as a light for revealing detail in the dark. In all of these examples it is immensely gratifying knowing that you are sharing the experience with another person.

For all the funding and investment being put into new VR and AR devices, it may well be that the greatest impact comes from whichever technology enables us to find meaning in these artificial worlds.

As humans, we crave connections with other human beings, and it is only when that connection is made that we truly appreciate the technology we use. They debate over which is better may be ongoing but until either technology is ubiquitous – just like how the mobile phone is today an extension of ourselves – both virtual and augmented reality have a long way to go. In a way the best technology will be the one that we don’t realise exists.