A living sculpture originally designed for display in Sydney’s Martin Place, Vivid Fountain was a real-time celebration of human life. A real-time data visualisation of the human birth rate, the creative technology installation saw a stream of ‘human water droplets’ flowing from a digital fountain of light, evolving and fading in a series of stop-motion animations that drew attention to dramatic population growth across the globe.

In 2016, the global human population rate rose to 7.4 billion. The degree of population growth that this number entails suggested humans were reproducing at a rate of roughly 255 births per minute, or 4.3 births every second. Vivid Fountain was created as a way to visualise these staggering numbers through creative technology.

Arising from a collaboration with Ample Projects and the National Institute of Dramatic Art (NIDA), Fountain was a living light installation responding to this real-time birth rate data. Designed for exhibit in Sydney throughout the Vivid festival, the data visualisation sculpture was intended to raise awareness about rapid population growth.

Creating a real time data visualisation of human birth rates required a unique blending of the physical and the digital. The light installation itself was made up of over 100 3D-printed figurines jumping out of a fountain-like structure. These physical figurines were then brought to life through creative technology and stop-motion animations interpreted from real time data. 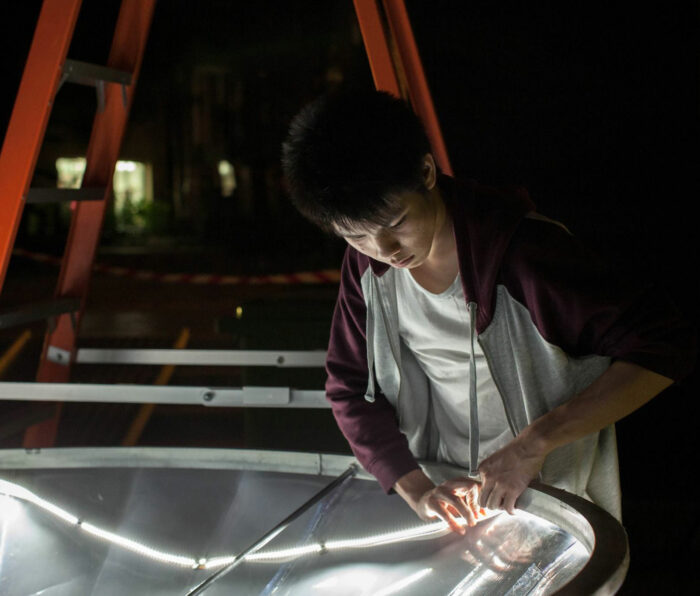 In order to make this data easier for audiences to interpret, we separated the figures into five separate strands animating clockwise around the base of the fountain. This decision was crucial in helping visitors to accurately interpret such a high birth rate, while also helping to accentuate the visual beauty of the light installation itself. 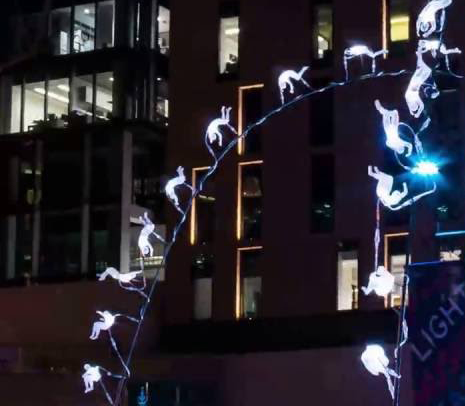 To bring the physical sculpture to life we developed an animated sequence that would be the basis for programming the installation’s lights. Each figurine was treated as a ‘frame’ in the stop-motion animation, evolving and fading in line with global population growth data. Illuminating each figure in the sequence as somersaulting out of the fountain and walking away, the animation became symbolic of a person’s evolution from birth to adulthood.

Bringing the physical and the digital together, the final Vivid Fountain activation saw a stream of ‘human water droplets’ flow continually from a digital fountain. Every 4.3 seconds, the creative technology activation released a new water human to represent a new birth. Brought to life through stop-motion animations, these water humans would shoot skywards before floating to the ground in an affecting and engaging celebration of the human life cycle. 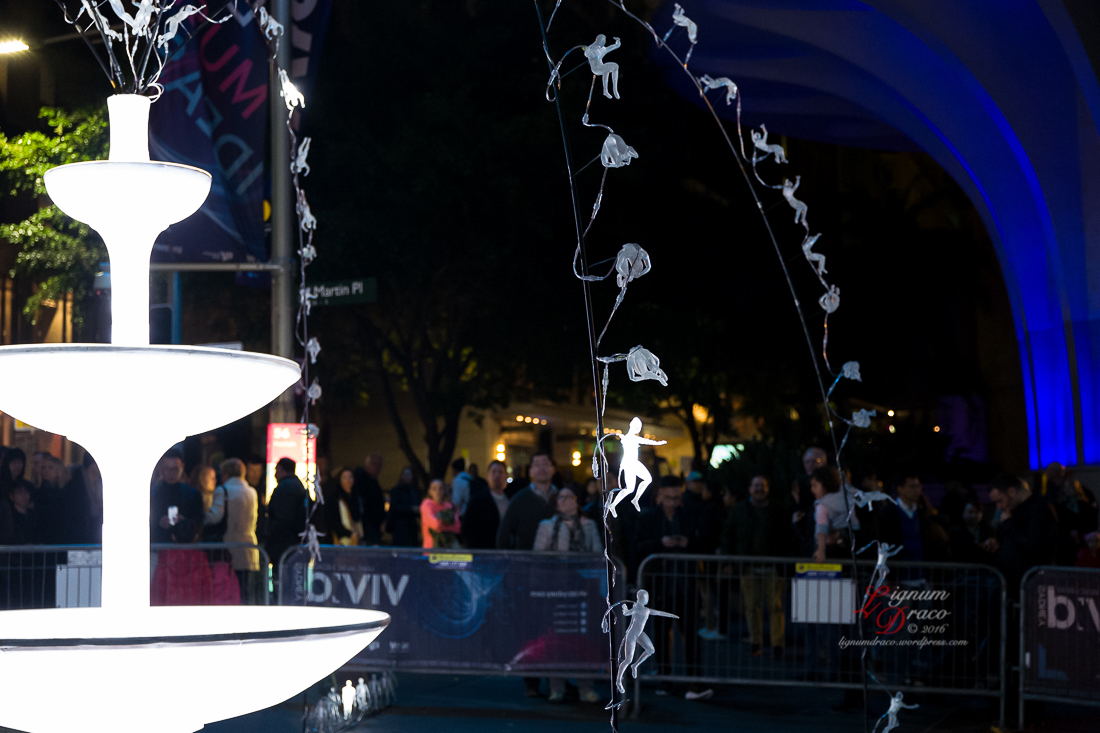 A thought-provoking implementation of creative technology, Vivid Fountain created an engaging data visualisation of the human population growth for audiences from around the world  throughout the Vivid Sydney Festival.

A stunning rendering of real-time data through animation and sculpture, Fountain illustrated the power of digital storytelling and data visualisation to raise awareness, start meaningful conversations and leave a profound impact on audiences. 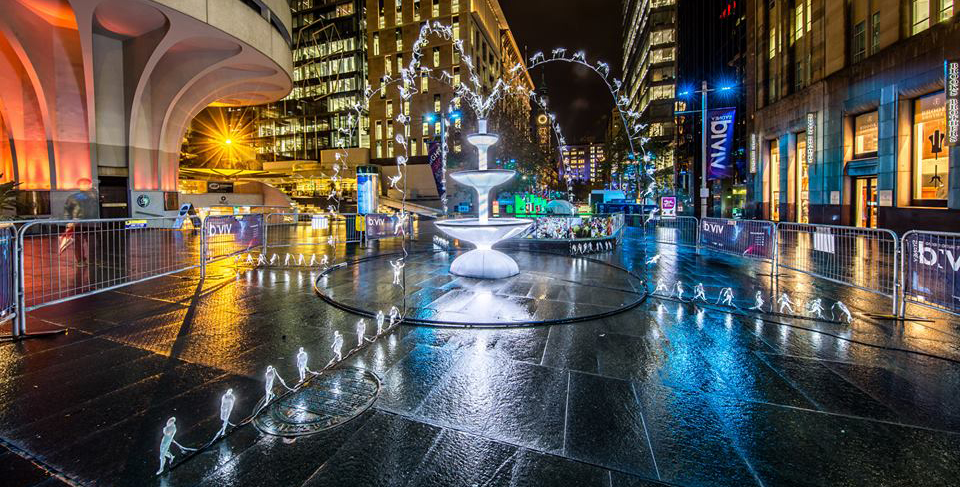