The start of something special

Digital designer Anna Stephenson reflects on what she's found to be the most important skill in her new career.

The common misconception of freshly graduated design students is that their most valuable skills are their technical ones – competency in programs like Photoshop, Illustrator, InDesign, etc.

I thought that too, but it all changed six months ago when I started my career as a graphic designer at S1T2. Like any eager graduate, I wanted to learn how to be a valuable asset in a team and to fulfil client’s requirements. But the skill that proved to be the most important was actually the willingness to be taught and learning how to listen. Before you say “I know”, read this article and give listening a go. It’s a bit unusual, maybe even scary, but if you embrace it, it’ll unlock your potential that’s waiting to be unleashed.

Below are three steps (so far) that I've used to become a better listener.

Step 1: Don’t be afraid to shut up and put your pride aside

Being a good listener is not as easy as it may sound. In fact, it sounds a whole lot like silence.

Trying to combat their every sentence with your own counter argument will often get you nowhere. No listening = no progress. Pride will want to take over and rule,  but just push it back and say “not today”.

In practice, it means taking a lot of constructive feedback without trying to justify or debate in response. Start mastering reassuring nods and agreeable humming sounds. Show them that you are interested in what they’re saying and it’s being received and considered.

Step 2: Absorb and learn as much as you can

When you first start out in a new job or internship, the first thing you want is appreciation for how beautiful your logo is or how legit your code came out – it's all you can think about – the praise. Well get ready for what I’m about to tell you, it’s most likely not gonna happen.

Yes, that's right, you’ve only spent 35,040 hours over the past 4 years studying with no sleep and eating cheap Mi-Goreng to find out that on your first day of your new job that your learning has not finished. You’ve only seen the tip of the iceberg, your learning just continues. You actually might feel like you know nothing. However, this humbling experience is exactly what you need.

Everyone before you has obviously been in this job a lot longer, they’ve made many mistakes, fought and failed then succeeded and won, lost and cried. They can save you a lot of hard work and relay experience that can't easily be Google-searched. You have so much to gain, so embrace what they have to teach you, it won’t kill you…That much.

After you have opened your ears and your mind, embrace what you are exposed to – a whole galaxy of stories, profound statements and lessons that lend you wisdom beyond years. These are insightful to consider, question, perhaps take on board to grow yourself.

Reflecting and questioning your experiences allow you to discover a lot about your own values, skills, and experiences. What gets adapted makes you an ultimately unique individual that sets you apart from others.

The best thing I have gained from embracing these three things is that I have not stayed the same, but grown. It’s helped me navigate the fast paced learning curve at my new job. In time, you’ll be ready with your own valuable nuggets to share with your colleagues, your industry and the rest of the world.

Here’s my testament to listening:

HSC 101 was my first ever real-world web project. It was exciting and it revealed what the real-life design process is like. At the beginning, I was under the lead designer’s supervision, but eventually the project was entrusted to me in full.

The most challenging point was when the designs were done and they needed to be sent to the devs. I had to explain my standpoint as a designer and the visual language into something that’s easily understandable. Listening became important in order to recognise issues other people had on their side of things. In turn, it allowed us to work together for a better end product. 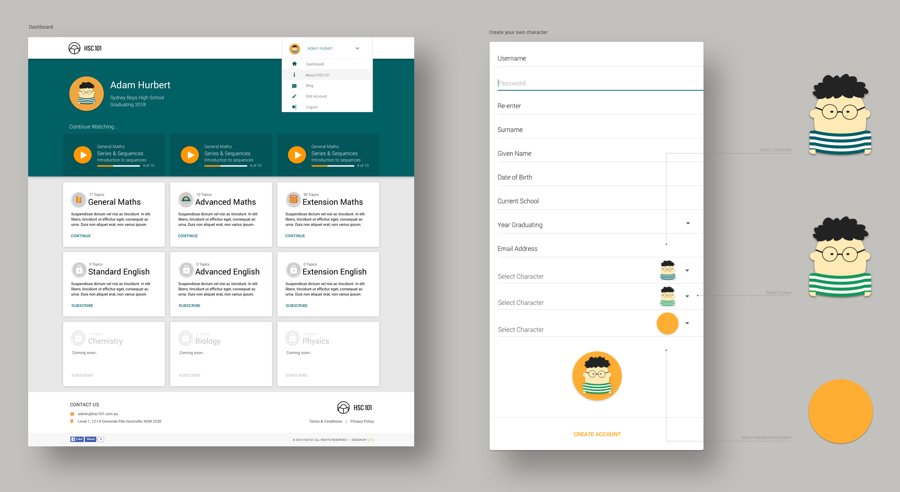 A couple of months ago, I had to design and do a lot of testing for a 3D menu for the World Bank virtual reality project.

In a fast-paced agency with multiple projects and fast turnovers, you don’t really have the luxury of time. Trying to juggle everything that's on your plate is overwhelming enough, but throw in something you’ve never done before and you’re bound to get stressed.

It was a huge learning curve for me since it was new, it took a lot of effort to understand the medium properly, and to uncover what exactly needed to be done. 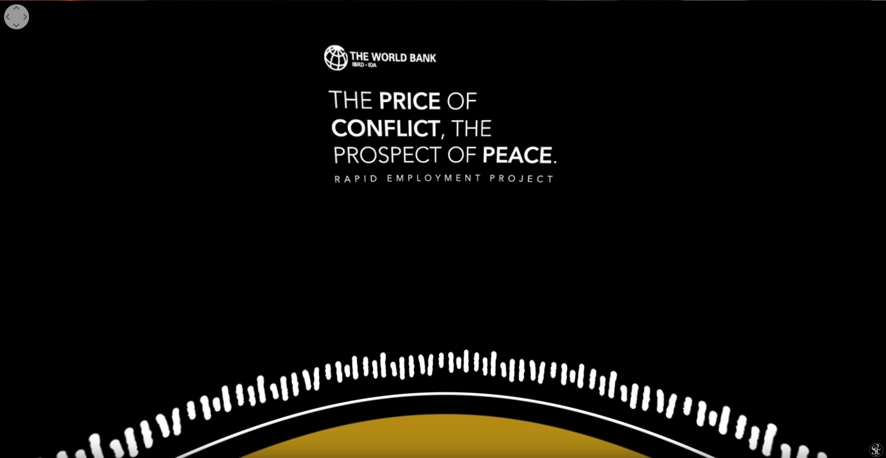 Thankfully, collaborating with a supportive team means you're not alone. And if you could set your pride aside, the process becomes a lot easier. They taught me how to quickly test designs in a VR headset, which led to a collaborative iterative process and a refined result.  But without the willingness to listen and be taught, this wouldn’t be a lesson learned. And who knows how that project would’ve turn out?

Your teachable attitude will definitely encourage opportunities and help you pave your career. There’s an infinite amount of knowledge that lies ahead of us, teaching us to be humble because there’s always something to learn. But also reassuring us that we can always make ourselves better – there is much to be gained and little lost. Who knows where you could be in 6 months time if you learn to really master these principles?